US artist's wartime works on display in France 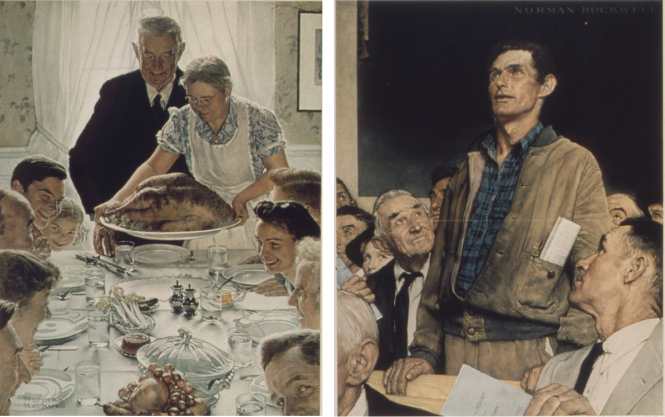 Four wartime works by US artist Norman Rockwell have travelled across the Atlantic for the first time and will be on display at the Mémorial de Caen from June 10 to October 27, as part of the ongoing D-Day commemorations.

Rockwell, one of America's most revered, prolific and influential artists of the 20th century, painted his Four Freedoms quartet - Freedom of Speech, Freedom of Worship, Freedom from Want, and Freedom from Fear - in 1943.

The works were inspired by American President Franklin D Roosevelt's State of the Union address on January 6, 1941. Themes from the speech would later be incorporated into the UN Charter.

Other works included in the exhibition include wartime paintings and posters, and his later art - including The Problem We All Live With - which addressed social issues, such as civil rights and the Vietnam war. It is the first time many of the 89 exhibits - including the Four Freedoms paintings - have left the USA.

The exhibition of art and artefacts will be housed in a large specially built temporary space at the museum. Limited tickets are available by logging on to billetterie.memorial-caen.fr/