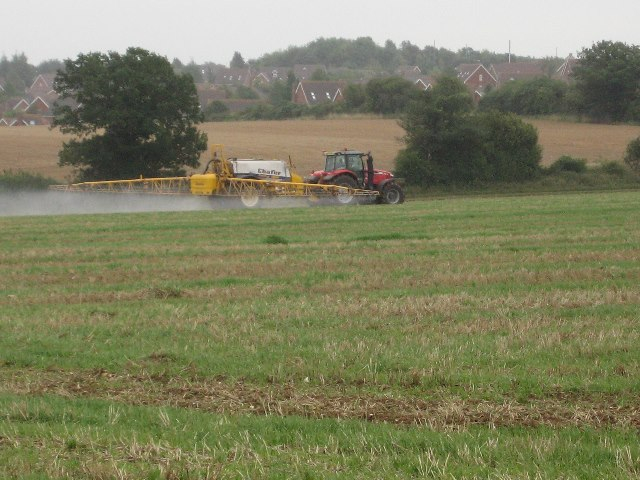 Agir Pour l’Environnement said that the government decree was a “farce in bad taste”. In a statement, it said: “Over the course of a consultation that has apparently seen 50,000 contributions, the government has taken no account of citizen action.”

It is calling for the courts to “cancel this regulation”, as it does not go far enough.

On December 20 this year in the Journal Officiel, the ecology ministry announced that from January 1, 2020, buffer zones would be required between any crop pesticide spreading, and homes or business buildings inhabited by humans.

This buffer will range from five metres for “low” pesticide plants, such as vegetables and cereal grains; 10 metres for “high” plants such as fruit or vines; and up to 20 metres for “the most dangerous” pesticides and herbicides.

The decree is set to apply to all crops sown after January 1, 2020; and from July 1, 2020 for any crops already sown after this date - except in the case of the “most dangerous” chemicals.

Just 0.3% of substances used in France are estimated to fall under the “most dangerous” category. Controversial herbicide glyphosate, which has been linked to cancer and has been the subject of several contested mayoral pesticide bans, does not fall into this category, according to the government’s “official” list.

The government’s announcement forms part of President Macron’s plans to "move towards greater management of pesticide spreading zones" due to "the consequences on public health", but critics have said the regulation does not go far enough.

As of September this year, more than 60 mayoral pesticide bans remain in place, as local leaders seek to take action on the controversial chemicals. This includes the high-profile case of mayor Daniel Cueff, of Langouët (Ille-et-Villaine, Brittany), who banned pesticides within 150 metres of buildings, but whose decree was later overturned in court.

So far, the State has challenged many mayors on their bans, and said it is “not for mayors” to make these kinds of decisions.