We will go on fighting for your rights 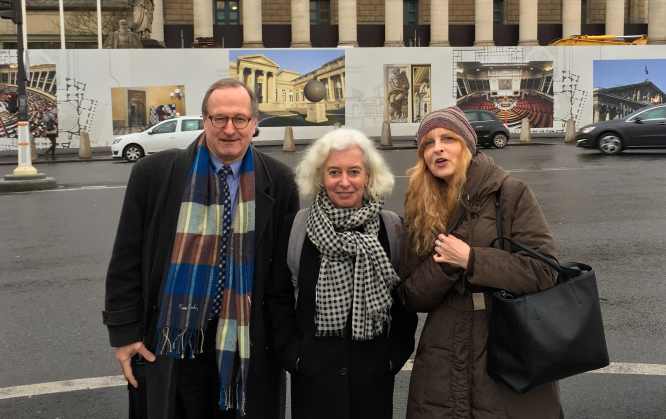 This evening at midnight will be a moment of enormous sadness and regret for all UK citizens who value their European citizenship.

As the clock ticks over into Saturday February 1, the EU treaties will cease to apply to the UK and UK citizens will instantly become third-country nationals.

But we must not despair.

We Brits who live in EU27 countries will not lose all our EU rights, only some of them.

After more than 150 high-level meetings, the tireless lobbying efforts of British in Europe and its key legal experts, Jane Golding, Fiona Godfrey and Jeremy Morgan QC, were successful in getting most of our basic citizens' rights finally included in the UK-EU Withdrawal Agreement (the 'WA'), the international treaty which enters into force at midnight.

So all of us Brits who are legally resident in France at December 31, 2020 are certain to retain for our entire lifetimes our rights to reside and work or study in France, and to continue to benefit from all the reciprocal healthcare and other arrangements (such as the aggregation of pension contributions) under the EU Directive of 2004.

But all of us will have to apply for a new, post-Brexit residence permit specifically designed for UK nationals under the scope of the WA.

You can find details of how the WA will affect you at britishineurope.org or francerights.org.

But what about the rights that aren't covered by the WA? British in Europe, with the help of its donors, continues to fight for them, at EU and UK government level.

These include monitoring implementation of the WA throughout the EU, ensuring a fair and consistent registration in their host countries of Britons protected by the WA, fighting for continuing onward freedom of movement and provision of cross-border services, and lobbying the UK government about student fees and the right to return to the UK with non-UK family members.

BCC Vice-Chairman and Treasurer of British in Europe

Today is a day we hoped would never come.

After three and a half long years, we are overwhelmed with feelings of anger and sadness.

"It’s hard to articulate," says Debbie Williams, our founder. "I think the emotion I feel most strongly is disappointment – in particular, with the UK government.

"But we won't be deterred. We have learnt so much, we are a group with a goal of promoting EU values and our members reflect that. Why stop?"

We, Brexpats - Hear Our Voice (BHOV), are a pan-European support and citizens' rights campaigning group.

We've grown in size, but many of our members have been travelling with us right from the start when Debbie, in reaction to the referendum result, set up the group, realising that nothing was in place to protect our rights.

BHOV went on to be awarded the European Citizen's Prize in 2017, for our work and outstanding achievement in promoting the EU's core values. We were told we made history by being the first group of citizens outside our birth country to receive the award.

We have also forged a cross-channel collaboration with the In Limbo Project thanks to Elena Remigi, who was determined to give a voice not only to EU citizens in the UK but to us too.

The project has produced two books, In Limbo and In Limbo Too, to raise awareness and bear witness to the human cost of Brexit. They contain personal testimonies from some of the five million people marginalised by the referendum, for whom Brexit is by no means done.

As one of our members pointed out, getting certainty doesn't make it all OK. We are losing valuable rights and still need to fight for them.

"We need, more than ever, to support our umbrella group, British in Europe ," Debbie says, "They campaign tirelessly, hand in hand with the3million, and are a shining example of European cooperation at its finest."

And for all the other major challenges ahead, Debbie adds: "It is imperative we work closer with our neighbours not alienate ourselves."