Customs declarations needed to bring many items into France 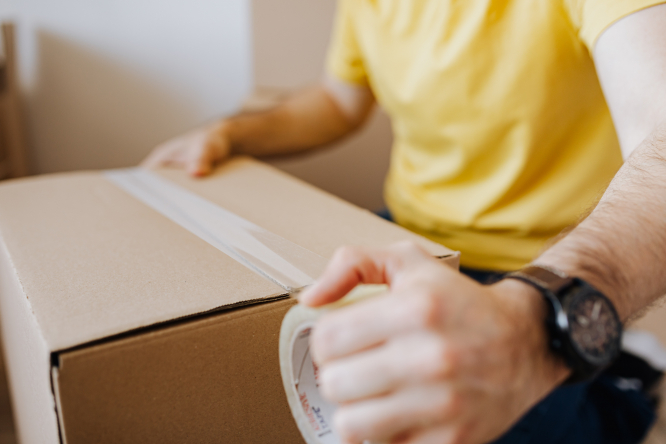 The changes to sending post is due to so-called 'rules on origin' in the Brexit deal, which do not allow customs duty exemption for articles imported into the UK from around the world and then exported to the EU
By Connexion journalist

There are also specific rules on alcohol and cigarettes, and cash over €10,000.

Above these values, French VAT at 20% is payable on the total value of the items transported, a French customs expert told The Connexion (for alcohol/tobacco however the duty free allowance part remains exempt).

There may also be import customs duties payable – at varying rates, depending on their nature (0-22%) – if not made fully or mostly in the UK.

This is due to so-called “rules on origin” in the Brexit deal, which do not allow customs duty exemption for articles imported into the UK from around the world and then exported to the EU.

Many categories of goods, though, are at 0%, the expert said, in which case it is not necessary to prove UK origin. In addition, there is no requirement for documentary proof of UK origin below a total value of transported goods of €1,200.

Where required, UK origin can be proved – for example, by a receipt for the item on which the seller has specified that it was manufactured in the UK, the expert said. It should be on a “commercial document”, and “made in the UK” marked on the item would not be enough.

In this case, items can be moved free of VAT and customs duty if owned by you in the UK for more than six months.

If possible, you should have evidence of the latter, but it is usually enough to attest to it, the customs expert said.

This VAT and duty exemption relates to personal belongings, but not, for example, to tobacco and alcohol, work vehicles, mobile homes or certain professional materials.

To qualify, you have to transfer your belongings in the 12 months after you become resident in France, either in one go or in several trips.

On the first trip, you must supply on a piece of paper an inventory to the Douanes (customs) service listing the total items to be brought, with estimated values, in duplicate. The Douanes service said, for example, if bringing bathroom products, you do not need to list each toothbrush, but give an estimated value for “hygiene products”.

If bringing a car or motorbike with you, it should be on the inventory.

You should also fill in form Cerfa 10070*03 and bring any relevant documents proving that you have been living in the UK and that you are now moving to France.

The French expert said the Douanes’ Pôles d’Action Economique centres can advise on the formalities and there is a list of contacts for these bodies, whose main job is assisting import/ export firms.

You should contact the most relevant one, depending on your intended arrival point in France, she added.

The Connexion tried calling the one based at Le Havre, which directed us to a specific number for the general public on 09 70 27 41 50. The expert said that, where taxes are due, usually it is the value you paid for them that is relevant.

Where there is no proof available, such as a bill, the Douanes have methods of estimating the value.

If items are old and used, this may be factored in, she said.

This helpline told us that, if moving home, you should bring your paperwork to the customs office on arrival in France. On the other hand, it said that if moving over items in other contexts, such as to furnish a second home, it is recommended that you contact a French customs agent to complete paperwork for you beforehand, called un transitaire en douanes. They can complete the formalities online, he said. As mentioned on the right, another option is to use a removals firm, which can help with the import formalities.

This was also confirmed by the general public Douanes service at Le Havre, which stated there are likely to be complications if you arrive in France with valuable items for a second home without having compiled paperwork with help from an agent.

For the rules on moving belongings from France to the UK, see the link below.

Removals firms facing new rules post-Brexit + What are the rules for moving items from France to UK?

New rules for importing a UK car to France