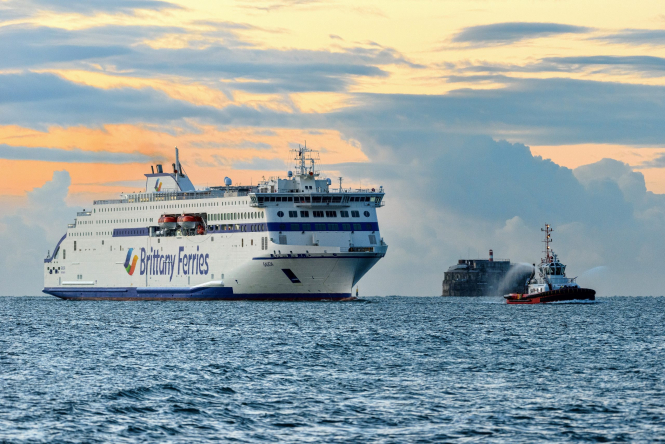 Brittany Ferries is seeking further help from the French government as 2021 looks “even more disastrous” than 2020 as Covid restrictions continue in the UK and France.

The head of the firm’s supervisory board has stated it may be facing a cash-flow failure by next spring if no new help is forthcoming from banks and the state.

He said he was appealing directly to President Macron, saying the harm caused by Covid restrictions should be subject to a bailout similar to that which was given to firms in the ski industry. Brittany Ferries is a French company, with its headquarters in Roscoff, Brittany.

The French government is so far giving relief on workers’ social charges for this year only; it has so far not accepted the firm's request to extend this to five years.

A Brittany Ferries spokesman confirmed to The Connexion that “sadly, it looks as if this year is going to be even more disastrous than 2020” – a year which gave the firm’s worst annual results in decades after it transported less than a third of its usual number of passengers and its turnover was 57% down compared to 2019.

He said this was “around a third” of the reservations they would usually expect in summer, even before taking into account the ongoing ‘traffic light’ restriction rules.

Both France and the UK are on each other’s respective amber lists, though France recently eased restrictions on fully-vaccinated visitors. The UK continues to require all those coming from France to quarantine for 10 days. With the latest three-weekly traffic light review expected tomorrow June 24, commentators do not think France will join the green list yet despite dropping Covid case numbers.

The spokesman said: “If France stays amber we may well see a significant proportion of those 173,000 cancelling or deferring their reservation until the autumn or into 2022.

“Around three-quarters of our income comes from passengers rather than freight, so you can see our predicament.”

He said this is why the company is pressing for five years of social-charge relief as well as a new “package of support to compensate us for the losses we have suffered due to Covid”.

He added: “We continue to point out that we are the largest employer of seafarers in France and we are doing everything we possibly can to keep the business afloat and our staff employed. So yes, we are seeking a significant sum to carry us through into a brighter 2022.”

The spokesman added they are today supporting the UK travel industry body Abta, airlines and others in a day of action protesting against what they see as the UK’s overly cautious and opaque approach to its traffic light classifications. At present nowhere in Europe apart from Gibraltar is classified green, which allows visitors to come without quarantine and with one instead of two tests after arrival.

The uncertainty over the criteria for passing from amber to green is particularly damaging to travel firms, Brittany Ferries said.

‘Variants of concern’ have been cited as a factor for not moving countries to green, but the spokesman said they believe France should move to green “immediately” in view of the fact it has a high vaccination rate and low cases, and low numbers of variants other than the ‘British’ one (also called the Alpha variant).

They also want the UK to stop the quarantine requirement for ‘fully-jabbed’ travellers.

Brittany Ferries maintains a limited France-UK service and had hoped to restart several halted routes in May but has repeatedly put this off pending changes in the Covid travel rules.

At present it is taking bookings on the routes at the end of this month.

Brittany Ferries: Closed France-UK routes will not restart before May