Call for rail strike in Paris region on June 21, across France in July 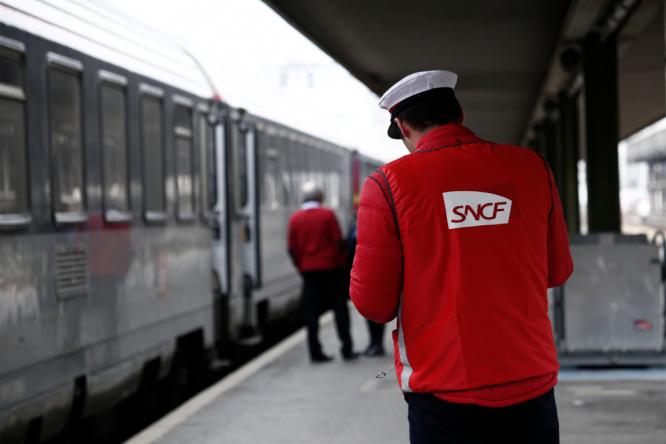 Numbers of strikers and the effect on train services will be announced the day before the planned strikes Pic: Alexandros Michailidis / Shutterstock

Railway unions are calling for SNCF strikes in June and July in France.

A regional strike in Ile-de-France on Monday, June 21 is supported by the unions CGT, Unsa, CFDT and SUD-Rail.

Drivers of regional Ile-de-France RERs and other trains that provide services from the suburbs to the city centre are expected to take part.

A nationwide strike is also planned for Thursday, July 1 affecting all trains including TGVs supported by union CGT-Cheminots.

An additional protest in front of the SNCF headquarters is expected to go ahead on June 29.

The announcement comes as many people in France are returning to use trains more frequently to travel to work and to take holidays over the summer.

Numbers of strikers and the effect on train services will be announced the day before the planned action, but administrative head of SUD-Rail Fabien Dumas told the AFP the strikes would have a “significant impact”.

He said there was “general dissatisfaction and despondency” among employees who felt uncertain over the future in light of previous changes to the SNCF’s structure and as competitors to the national provider are set to enter the French rail market.

In 2020, the SNCF changed it from being a state enterprise (établissement public à caractère industriel et commercial, or EPIC) to a limited company, that is state owned.

This change did not privatise the company – as some in France feared – but made it conform more closely to systems in place for national rail networks in other EU member states to fall in line with EU standards.

But the change meant that new employees were not eligible for special worker's status that had previously been given to older employees, which ensured rights such as a job for life, early retirement and special pension plans.

The CGT said in a statement that the creation of a special status for new employees and improvements for older employees are “necessary and urgent”.

Many of their demands focus on equality between newer and older employees.

These include starting (monthly) salaries of €1,800 and extra ‘13th month’ payments in December, automatic career progression, equal access to higher ranking job titles, 30% salary raises based on time working at the company for all, more recognition of qualifications and an organisational chart of 38 job titles to be applied to all employees.