Can wearing a mask for long be dangerous? 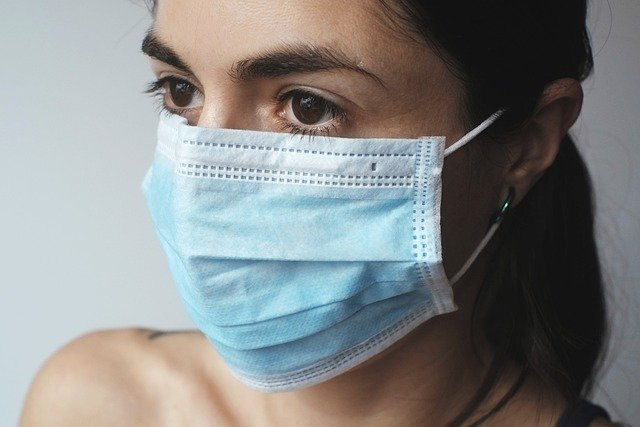 Wearing a surgical or fabric face mask is not dangerous for your health, French lung experts state.

It is almost impossible to faint due to a lack of oxygen with a fabric mask or surgical mask because they do not fit perfectly to the face.

When breathing, air can circulate through the pores of the tissue. This is why this type of mask does not protect against inhaling the virus – it protects others from the droplets that may be emitted.

The toxicity of carbon dioxide, the gas that we breathe out, can cause headaches, dizziness, blurred vision and concentration, tinnitus, convulsions and even choking. But its concentration in the air must be very high, at least 10%.

Equally a lack of carbon dioxide can also make a person faint but a fabric mask and a surgical mask leaves enough air to pass for this not to happen.

N95 and FFP2 particle masks, which are equipped with a filtering device, can cause additional problems. Wearing this type of mask for a prolonged period of time can cause breathing difficulties in vulnerable people, such as smokers, obese people and those with chronic obstructive pulmonary disease or emphysema, the French health magazine Santé reports.

Pneumologist, Jean-Philippe Santoni is amongst experts to deny claims circulating on social media that masks can cause oxygen deficiency.

He told French media 20minutes: “A surgical or fabric mask lets oxygen through. The care teams, who wear FFP2 for several hours, would have noticed if there was a problem”.

He also stressed that the filtering part of the mask should not be touched to remain efficient. You should only touch the rubber bands of your mask.

Another pneumologist and president of the Asthma and Allergies Association in Bordeaux, Marc Sapene, explained that he made a test while working and found “no change in the oxygen level in the blood” after wearing a FFP2 mask for five hours.

However, although the medical risk of a lack of oxygen is ruled out by doctors, some mask users continue to report discomfort.

An assistant nurse who works in the Covid service in the Gard department, said: "With the FFP2, it's difficult to stand wearing it for long. There is a feeling of suffocation, headaches sometimes."

A worker at La Poste in Paris said: “It is unbearable. We're hot, we can hardly breathe and sometimes we get headaches...”