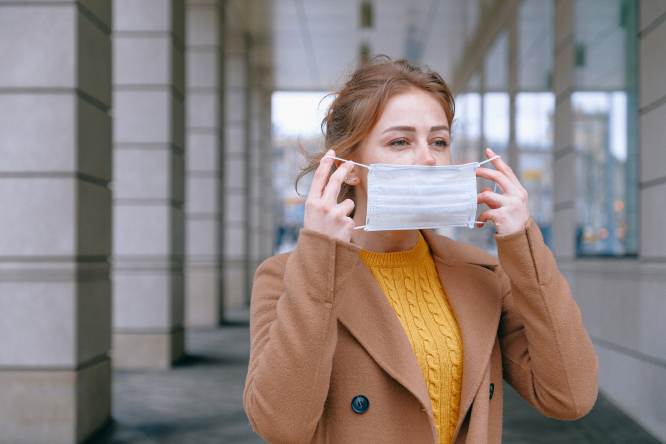 The Brazil variant so far only makes up 0.3% of cases in France Pic: Anna Shvets / Pexels

Governmental advisory body the Conseil scientifique has said France must anticipate the arrival of the P1 Brazilian variant of Covid-19 this summer by pre-ordering vaccines that target it - particularly that developed by Moderna.

Moderna’s Covid vaccine is already being used in France but the Conseil scientifique said modified versions of it that target the Brazil variant could be rolled out in the Autumn.

The body said that there was a risk of the variant spreading this summer in France if there is a decline in the number of cases of the UK variant - currently the dominant strain in France - and an increased but still insufficient vaccination rollout.

The Conseil scientifique wrote a dedicated report on the variant, known scientifically as P1, which was made available publicly this week.

The P1 variant is more contagious

It reported that the P1 variant is around 1.4 to 2.2 times more contagious than the classic Covid-19 strain, based on data from Brazil, where the variant is the principal strain.

“The BR-P1 variant is widely dominant in South America and is responsible for a major health crisis in Brazil,” the Conseil scientifique stated.

It noted, though, that it is a “little less” contagious than the UK variant and that its harmfulness is still difficult to estimate.

In lab conditions, the vaccines developed by Pfizer-BioNTech, Moderna and AstraZeneca have been shown to neutralise the variant when the level of antibodies induced is high. When the antibody level is low, there is a “net loss of neutralisation”.

The exact efficiency of the vaccines in preventing the variant from spreading remains unknown.

The city of Manaus in north Brazil has been heavily hit by Covid-19 twice. It was believed that the first wave of infections would provide the people living there with immunity but a second surge of cases proved that wrong.

The city has become a case study for Covid-19 reinfections.

The Conseil scientifique stated that probably around 15 to 30% of cases in the city during the second surge were reinfections.

The body stated, though, that the data is not reliable and it could be down to the fact that the number of Covid-19 cases initially reported there was greatly overestimated.

“We must take into consideration that there was still a strong potential for the virus to spread, and that only a small proportion of people were reinfected,” it stated.

It also added that a recent study carried out in France has shown that catching the classic Covid-19 virus does create antibodies that are effective against both the UK and Brazilian strain.

This means that it remains uncertain how likely people who have already had different strains of Covid-19 are to be reinfected with the Brazil variant.

The Brazil variant represents around 0.3% of cases detected in metropolitan France, the Conseil scientifique reported.

“There is no sign of a particular evolution of the BR-p1 variant to date,” it stated.

The Conseil scientifique recommended a temporary suspension of flights with Brazil, which is already in place, and said restrictions should be put in place for travel between other South American countries.

The government announced on April 17 that people arriving in France from Brazil, Argentina, Chile, South Africa and French Guiana will now have to self-isolate for 10 days on arrival.

From April 24, people arriving in France from these countries will be restricted to French nationals, their partners or children; to EU citizens; or to those from a third-party country with permanent residence in France.

All flights between Brazil and France have been suspended until April 23. Read more about it here.

13 hours ago
4
Travel France: Are under 18s covered by parent's Covid vaccine status?