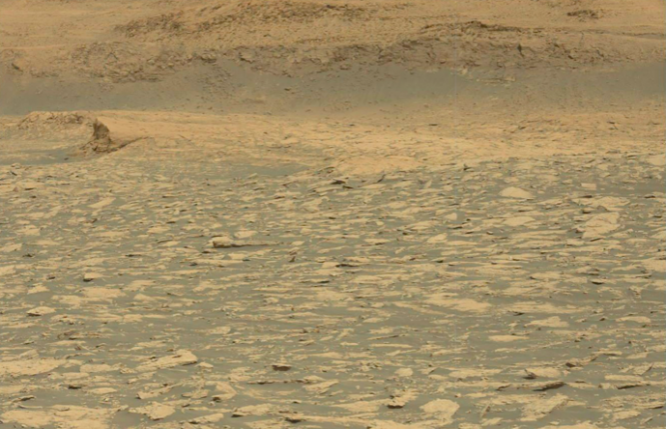 They may be 62 million kilometres apart, but the planet Mars and the French department Dordogne have more in common than you might think.

American space agency NASA has named craters and rocks on Mars after villages in Dordogne after discovering mineralogical zones on the planet that are similar to those found in southwest France.

The main mineral the unlikely duo has in common is nontronite, an iron-rich clay mineral.

Nontronite was discovered near the commune of Nontron in Dordogne in 1822.

Two centuries later, in February 2021, it was also found on Mars by Nasa’s Curiosity rover which has been exploring the surface of the planet since 2012.

Bernard Trégon, research physicist at the University of Bordeaux told Sud Ouest that Curiosity had been doing mineralogical and biochemical analyses on the surface of the planet.

He said: “To record the terrain explored by Curiosity, Nasa’s geologists defined 1.5km-square zones and used a rock classification system with references to where [the rocks] were first discovered [on earth].”

Zones on Mars have since been christened with Australian, American and German names, and now French ones too.

Over 40 French villages ‘twinned’ with Mars

Mr Trégon was particularly pleased that on February 9 one of the rock formations was named after his home town of Brantôme, writing in a Facebook post: “We can now consider that my village is twinned with a rock formation on Mars.”

Mr Trégon added: “It seems that on Mars the phenomenon of rock formation is somewhat similar to what happened on Earth, in France, many millions of years ago.

“This is absolutely fabulous!”