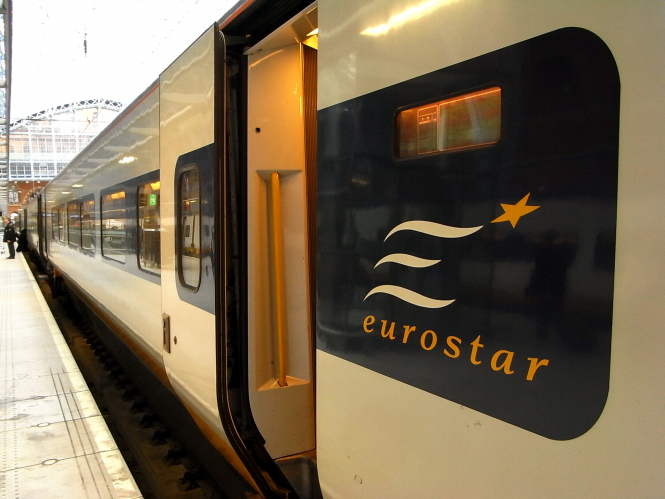 The contactless security system may have health benefits as it will allow passengers to socially distance.
By Joanna York

Biometric entry corridors are to be installed at London St Pancras station, meaning passengers will not need to touch hardware or come into contact with other people during the identification process before travel.

The new corridors will be lined with cameras that use facial recognition technology to confirm passengers’ identities before they board the train.

The technology, made by iProov, was approved and funded by a competition to revolutionise rail travel run by the UK Department for Transport.

The facial recognition technology, which has already been trialled in some airports, was originally created to reduce queues and improve security.

However, in the current global health climate, it may also provide other benefits for passengers.

Andrew Bud, founder and CEO of iProov, said: “What started off as a project to reduce travel congestion and keep passengers moving is now going to help keep people safe in a pandemic world through social distancing and contactless interaction.”

He added: “There are no gates and no fumbling around with scraps of paper and bar codes. You can reduce your interactions with people for border checks and it helps to limit queues, reserve human resources, and enforce social distancing.”

Read more: Cameras on Paris Metro to check on masks

Security concerns over data and surveillance

However, opponents have raised security concerns over the new technology, suggesting that increased surveillance is a heavy price to pay for the sake of convenience.

Jenny Brennan, a researcher at the Ada Lovelace Institute, said: “There are questions of the underlying data. Where it’s going, how it’s being stored, and how that information…is made available to people when they make the trade-off between ease and concerns around surveillance.”

While passengers will not be forced to use the technology, she says, they may feel pressured to if there are long queues elsewhere. Additionally, Eurostar has not explained if and how they will share information gathered via the new security measures with police and other law enforcement bodies.

Passengers who wish to use the technology when boarding the Eurostar will have to opt-in to do so.

Although the details of the system have not yet been specified, it is thought that passengers could be asked to send Eurostar a copy of their ID and recent photograph either when they reserve tickets online, or via the Eurostar app before travel.

Then, at London St Pancras station, travellers using the “biometric corridor” would enter the contactless travel area before boarding the train.

In the corridor, facial recognition technology would check the travellers face against a “digital manifest” created from the identification they provided. Iproov says their technology is able to identify that a passenger travelling through the corridor is a real person, as well as the correct person, as listed on the booking. As such it cannot be fooled by photos, videos, deep fakes or masks, iProov said.

Once a passenger has passed through the corridor and their identity has been approved, they will receive a message confirming their identity documents are secure, and do not need to be shown again before they reach their destination.

Travellers without smartphones will be able to use kiosks in London St Pancras station to complete the same process.

The technology is currently expected to be in operation in London by March 2021.