In which French departments is mask-wearing currently obligatory? 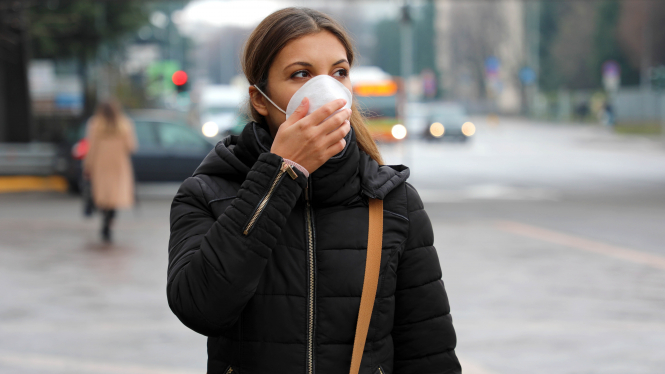 Although it is no longer compulsory across the whole of France, you must still wear a mask in some urban centres. Pic: Zigres / Shutterstock

Several Connexion readers have asked whether wearing a face mask is compulsory in their local department.

Since June 17, 2021, face masks have no longer been obligatory in French outdoor spaces, although most French departments still require people to wear a mask in places where there is a high concentration of people, such as at markets, shopping centres or in queues.

However, some areas have some supplementary rules in place, requiring people to wear a face covering at all times in town centres and other public places.

Please bear in mind that this list can be updated at any time. You should check the website of your local préfecture for further information.

Until August 31, it is obligatory to wear a mask outside between 09:00 and 02:00 in towns of more than 5,000 inhabitants. Towns on the edge of lakes, including Annecy and Léman are also affected, as well as popular tourist hotspots.

Mask-wearing is currently obligatory between 09:00 and 02:00 in the busiest areas of four towns: Aix-les-Bains, Albertville, Chambéry et Chanaz.

You must wear a mask between 11:00 and 23:00 in coastal towns and towns of more than 5,000 inhabitants, apart from on beaches or in other green spaces.

Until August 31, you must wear a mask between 09:00 and 22:00 in around 20 popular tourist and coastal towns, including Morlaix, Quimper and Brest. This does not apply on the beach.

In Orléans, it is now compulsory to wear a mask on public streets and open spaces where it is impossible to maintain a distance of a metre between each person.

In Corse-du-Sud, you must wear a mask in towns including Ajaccio, Propriano, Sartène, Porto-Vecchio and Bonifacio.

Until August 29, it is compulsory to wear a mask in towns of more than 5,000 inhabitants.

Until September 30 it is mandatory to wear a mask in public places such as markets and busy streets across the whole of the department. Face coverings must also be worn in an area of the centre of Troyes called the Bouchon de Champagne.

Here, people must wear a mask in the centre of Étretat until August 31.

The towns of Deauville, Trouville, Honfleur, Villers-sur-Mer, Blonville-sur-Mer, Ouistreham and Cabourg are currently requiring that masks be worn.

Masks will be obligatory until the end of August, apart from in parks, woods and beaches and during physical exercise, in 45 popular tourist towns, including La Rochelle.

In other places people will only be required to wear a mask if there is a surge in cases.

Masks will be obligatory until the end of August in the centre of Bordeaux as well as in Libourne, Saint-Émilion, and the urban areas of Soulac-sur-Mer to La Teste-de-Buch.

Until the end of August, masks must be worn between 09:00 and 21:00 in Anglet, Biarritz, Guéthary, Saint-Jean-de-Luz, Bayonne and Hendaye.

People must wear a mask in public places in Carcassonne, Narbonne, Limoux, Castelnaudary and Lézignan-Corbières. This is also the case in Fleury-d'Aude, Gruissan, Leucate, Port-la-Nouvelle, la Palme and Narbonne-Plage, although not on beaches.

Until August 31, masks must be worn on every public street in Aveyron, as well as on public transport, in stations, on platforms, in queues, in markets and in reception areas.

Until September 15, it is compulsory to wear a face mask on public streets and in public establishments across Gard, apart from on beaches.

Mask-wearing is currently obligatory in all establishments that are open to the public, even if they also ask for a pass sanitaire. Face coverings must also be worn in open-air venues where a two-metre distance cannot be maintained, in gatherings of more than 10 people, in markets, on train platforms and bus stops, in queues, cultural festivals and around the entryways of nurseries, religious buildings, stations and shopping centres.

You must wear a mask in certain areas of Lourdes while outside or in establishments which are open to the public. It is also compulsory in open-air markets and on the rue Vincent-Mir in Saint-Lary, as well as the centre of Cauterets.

Masks must be worn outside across all of Hérault, apart from on beaches and in green spaces.

Masks must only be worn in Rocamadour village between 10:00 and 19:00. A mask must also be worn in venues requiring a pass sanitaire.

Masks must be worn outside in towns of more than 5,000 inhabitants, including Agen, Villeneuve-sur-Lot, Marmande, le Passage, Tonneins, Nérac, Sainte-Livrade-sur-Lot, Bon-Encontre, Boé and Foulayronnes.

Masks-wearing is obligatory in all of the towns in Pyrénées-Orientales, as well as venues requiring a pass sanitaire for entry.

Until September 6, a mask must be worn in public places where interpersonal contact is unavoidable, such as markets, queues and establishments which require a pass sanitaire.

Masks must be worn in Montauban, Castelsarrasin and Moissac between 08:00 and midnight until August 31.

Until August 31, mask-wearing is compulsory for venues where a pass sanitaire is also required, as well as open-air markets, pedestrian streets, 20km/h zones, busy urban locations, demonstrations and around nurseries and schools at the start and end of the day.

Until September 15, it is mandatory to wear a mask in public spaces across 25 coastal towns around Saint-Nazare and Gúerande. This does not include beaches and other green spaces.

Some people are exempt from wearing a mask. These include: