Former health minister in court over France’s management of Covid 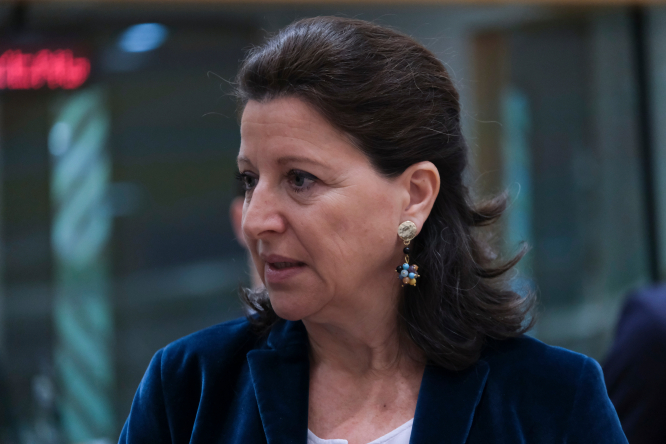 Former Health Minister Agnès Buzyn left her role in February 2020, but says that she warned the government of the “tsunami wave” approaching Pic: Alexandros Michailidis / Shutterstock

France’s former Health Minister Agnès Buzyn is today in court to decide if she will be investigated for her part in the management of the Covid health crisis.

Ms Buzyn, who left the role in mid-February 2020 at the start of the epidemic, was today (September 10) before the Cour de justice de la République (CJR) in Paris. She had been in the role since May 2017.

The court is today considering allegations of “failing to fight a disaster” and “endangering the lives of others”, Le Monde reported.

This court is the only legal jurisdiction permitted to judge ministers working as part of their role, and the summons comes as part of an inquiry into how the government has managed the crisis.

The inquiry began in July 2020 after senior magistrates judged that nine major complaints were worth investigating.

François Molins, public prosecutor at the highest administrative court, le Cour de Cassation, who also represents the prosecution on the CJR, told LCI that "14,500 complaints" about the management of the pandemic had reached the CJR.

Depending on the court’s findings, Ms Buzyn either faces being investigated or being considered as a witness. For the latter, she will have to convince the court that there are not enough serious claims that can be held against her in order to be investigated herself.

‘A tsunami ahead of us’

Ms Buzyn left her role as health minister to dedicate her time to running for Paris mayor, a contest in which she ultimately came third (incumbent Anne Hidalgo was reelected).

She has since claimed to Le Monde that the elections were a “masquerade”, and that when she left her office as health minister, she “cried” because she knew that there was a tsunami wave ahead of us”.

Despite this, in January 2020, she said that the “risks of the spread of coronavirus in the population are very low” - although she did say that this analysis could “evolve”.

However, at the end of June 2020, Ms Buzyn told an Assemblée nationale committee that she had alerted both the president’s and the prime minister’s offices, the Élysée and Matignon, to the potential coming “danger” of the coronavirus.

When asked to comment on the case, current Prime Minister Jean Castex said that “a head of government cannot comment on a legal case in progress”.

But he added: "We must at all costs avoid paralysing public authorities at a time when decisions are needed to deal with crises.”

He said that Ms Buzyn very likely “took the decisions that the circumstances [at the time] required her to take".

MP Sacha Houlié yesterday also told FranceInfo: “When you are a political representative and you make mistakes in the course of your duties, the first judges are the voters. The risk [here is that] we could paralyse political action, and above all create a people's court.”