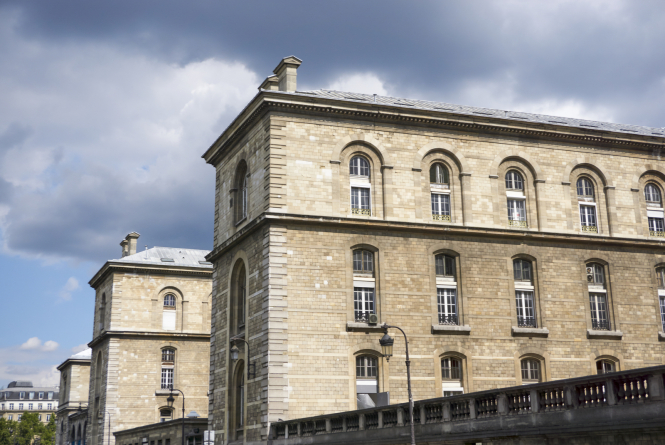 The Hotel Dieu on the Ile de la Cité is part of the Paris-Descartes University Faculty of Medicine Pic:

France needs new laws for centres that manage bodies that have been left to science, Higher Education Minister Frédérique Vidal has said.

There are currently 28 such centres in France. One of the most prestigious, at Paris-Descartes university, was embroiled in a scandal in 2019 after bodies being stored in “improper conditions” were discovered.

Daily paper l’Express reported that dozens of donated bodies were being stored one on top of the other in various states of decomposition, and even being eaten by mice at the university.

The paper described the centre as a “mass grave in the heart of Paris”.

It also alleged that donated bodies had been sold to private companies by the university to be used in car crash testing. It said a whole body could be sold for €900 and a limb for €400.

At the time, Paris-Descartes was considered the most prestigious place to undertake anatomical studies in France.

Ms Vidal ordered the closure of the centre in 2019, and a government report from June 2020 concluded that "serious ethical breaches" had happened.

Since then 170 family members of the deceased have brought a case to trial.

Ex-President of the university Frédéric Dardel was questioned last Friday (June 4), and has since been charged with desecrating a corpse.

Ms Vidal told La Croix that the trial had revealed “the extent to which France lacks rules and legislation” for bodies donated to science.

She said new laws “with a strong ethical framework” should be introduced as part of a package of bioethical laws currently being discussed in parliament, with “informed consent from donors and information for families”.

Becoming a donor in France

To donate your body in France, you need to make arrangements directly with your nearest medical facility that accepts donations.

The centre will ask you to send them a formal letter confirming that you want to donate your body, along with a form to fill in, proof of ID and a stamped-addressed envelope in which your donor card will be posted back to you.

You may also have to pay the cost for transporting your body to the centre.

Read more: How do I donate my body to science in France?

If you change your mind about donating your body after signing up, you can simply destroy your donor card.