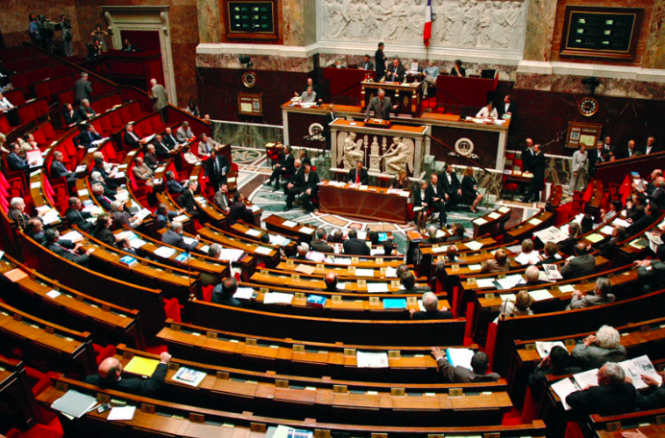 The French government wants to introduce a new law to making sexual penetration of a minor aged 15 or under a new crime, the most serious kind of offence in French law.

This would in effect introduce statutory rape, which does not exist at present in French law and remove the idea that consent can exist below this age.

Minister for Children and Families Adrien Taquet told news source Europe 1: “We are inclined towards this being defined as a new crime, meaning that any act of sexual penetration committed by an adult against a minor aged 15 or under would be a crime, with there no longer being a question of consent.”

Current French law stipulates that in order to find someone guilty of rape, victims must provide proof of non-consent such as “violence, threats, coercion or surprise”.

If they cannot provide proof, victims may be consdered to have consented by default, ruling out rape and meaning only a lesser sexual offence ruling may be made, defined under the délit category and not crime which applies to murder and rape.

A government statement said defining such acts as a crime would “assure equality of treatment for all underage victims and erase the notion of coercion by the aggressor, which is today, a stumbling block”.

Details of law still being defined

A clause may be added to the law allowing sexual relations among consensual teenagers, although the parameters are still being worked out.

Justice Minister Éric Dupond-Moretti told news source FranceInfo: “A young man of 17 who has relations with a girl of 14 and a half cannot suddenly become a criminal when he turns 18. We are considering introducing an age interval.”

He added: “We must also be able to show the aggressor knew the age of the victim.”

This law is one of several new proposals aimed at preventing sexual violence against children in France.

The legal rethink has come as a book detailing accusations of incest against Olivier Duhamel, a constitutional expert and president of the board that oversees Sciences Po university, was released by lawyer Camille Kouchner in January 2020.

Ms Kouchner accused the prominent political scientist of sexually abusing her twin brother, who was a teenager at the time, while Mr Duhamel was married to her mother.

Shockwaves caused by the book’s publication reached the highest level, with President Macron tweeting a video on January 23 in which he said testimonies from sexual assault victims “could no longer be ignored”.

He said: “We must punish criminals for their past acts and to prevent those of the future.”

Senate voted for age of consent

The Senate has since voted in favour of a law, on January 21, introducing a formal age of sexual consent. This would mean all sexual acts between an adult and a child under the age of consent would now be classed as a crime.

At present France has an 'age of sexual majority' at 15, below which it is sexual offence for an adult to have sexual relations with the person, however if the minor is considered to have consented this will be in the lesser délit category.

But this proposed law sets the age of consent at 13 years old, which child protection agencies said is too low. It also has yet to be debated by the Assemblée Nationale and pass into law.

On February 18, the senate will debate another law aimed at tackling incest specifically.

A 2020 poll* found that one in 10 of people in France said they had been victims of incest as children or teenagers, representing a total figure of 6.7 million people.

*Poll conducted by Ipsos online from November 4-5, 2020, among 1,033 people representative of all adults in France aged over 18

Should an age of consent be written into French law?