French doctors say ibuprofen is ‘no risk’ to Covid patients 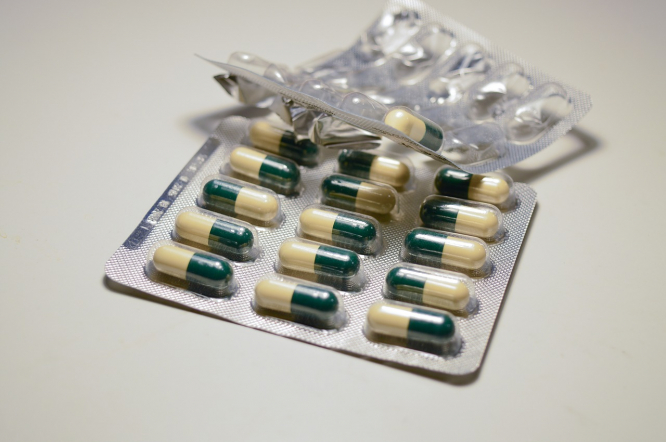 Ibuprofen may not be as dangerous as previously thought when it comes to patients with Covid-19, with recent studies showing there is “no risk”, despite French health authorities warning against the drug in March.

In March, as the first wave of the coronavirus spread, health authorities quickly warned against the use of ibuprofen to alleviate symptoms of Covid-19. People were advised to take paracetamol instead.

Health Minister Olivier Véran said that ibuprofen could “even be an aggravating factor in the infection” and said that if people had a fever, they should “take paracetamol”.

Even so, France limited the sale of paracetamol to just one or two packs per person (without a prescription). Pharmacists were only permitted to sell one box of paracetamol (of 500mg or 1g tablets) to a person who had no symptoms, and two boxes to someone presenting symptoms such as pain or fever.

Sales of ibuprofen fell by 80% following the health minister’s announcements; and pharmacies, doctors and hospitals nationwide stopped giving ibuprofen to people who they suspected could have Covid-19.

Pharmacist Pascale Bazerolle-Bouché, in Albertville in Savoie, told newspaper Le Dauphiné: “The first thing we did, as soon as someone asked us for ibuprofen, was to eliminate all suspicions of Covid-19. We had the understanding that it was dangerous.”

At the time, it was recommended that people did not use non-steroidal anti-inflammatory drugs (NSAIDs, especially ibuprofen) if they suspected they had Covid-19. It was feared that the drug could mask the symptoms of the illness and delay people from seeking treatment, as well as cause its own complications.

Professor Nicholas Moore, former head of the clinical pharmacology service at the university of Bordeaux said: “Some severe cases seemed to have been exposed to NSAIDs. But these were never confirmed.”

Read more: Confusion over use of ibuprofen for Covid-19

In fact, after eight months, new global studies suggest that there “is no risk” and that ibuprofen may even offer protection, meaning “a drop in the risk of mortality among NSAIDs users, which is compatible with the anti-inflammatory effect and the lung inflammation that we see in Covid-19”, Professor Moore said.

He added: “To paraphrase the conclusions of the World Health Organisation (WHO), with Covid-19, there is no reason not to use NSAIDs if we think they will help. The hypotheses that there is a risk of SARS-Cov-2 infection and that the infection will be aggravated by NSAIDs must be re-evaluated.”

Yet, he admitted: “The principles of precaution announced [in March] will be difficult to go back on.”

Pharmacist Ms Bazerolle-Bouché said: “They changed their advice on the masks, so they can change their mind on the NSAIDs. Of course, there are some people who are very opposed to NSAIDs, and have been for a while, and are looking to take them off the market systematically.

“[But] personally, I think it was a medical and pharmacological error.”

There is still no medical consensus.

In March, the British medical journal The Lancet released a paper suggesting that taking ibuprofen could possibly make it easier for the body to become infected with Covid-19, despite the WHO disagreeing, and the American academic journal Science saying that there was an “absence of proof” that NSAIDs are harmful for Covid-19 patients.

In the UK, the NHS said: “There is currently no strong evidence that ibuprofen can make coronavirus (Covid-19) worse”, but it advised people to stick to paracetamol “until we have more information”.

In France, most NSAIDs can only be obtained via medical prescription, except for some kinds of ibuprofen. However, even without a pandemic, they should not be taken lightly.

The amount a patient can take safely depends on their overall health, the pain they are in, their weight, any pre-existing conditions, if they smoke, what other medication they are on and more.

Ms Bazerolle-Bouché said: “It all depends on the context. But no medicine is ‘harmless’.”