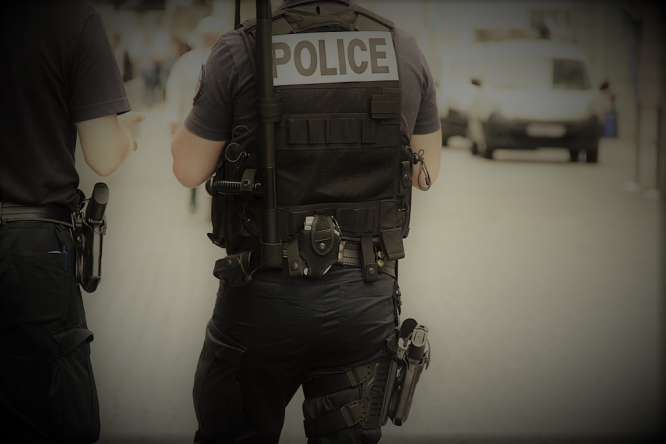 Investigators were closing in on the suspected serial killer at the time of François Verove's suicide and admittance note Pic: Mademoiselle N / Shutterstock

A former police officer and gendarme has revealed himself as the notorious French serial killer known as Le Grêlé (the pockmarked man) in a suicide note, after 35 years of evading capture.

François Verove, 59, was found dead in a rented flat in Grau-du-Roi (Gard) on Wednesday (September 29) due to an overdose.

He wrote in the note, “I admit to being a serious criminal who committed unforgivable acts until the end of the 1990s”, Le Parisien reported.

He also reportedly mentioned having previous “impulses” which he then brought under control, writing that he had committed no further crimes after 1997.

Le Grêlé was linked to a series of crimes committed in the 1980s and 1990s in the Paris region, including rape of minors, murder, attempted murder, armed robbery and kidnapping of minors, Paris prosecutor Laure Beccuau said in a statement.

Police confirmed him as the infamous serial killer on Thursday (September 30) after matching his DNA to samples found at several crime scenes.

Verove gave no further details of his crimes in the suicide note.

His confession offers a conclusion to some of France’s oldest unsolved crimes.

French magistrate Nathalie Turquey had in recent months re-opened an investigation into the crimes linked to Le Grêlé, focusing on gendarmes who had worked in the Paris area at the time.

Some 800 officers were summoned to provide their DNA samples as part of the investigation. This included Verove, who was sent a summons on September 24. He never appeared and three days later was reported missing by his wife before his body was discovered on Thursday.

Le Grêlé and his crimes

Le Grêlé is believed to have committed five crimes between 1986 and 1994, the Paris prosecutor's office said.

Verove is also suspected of the murder of 19-year-old Karine Leroy, which took place in 1994 in Meaux, near Paris.

Investigators re-opened the cold case looking into Le Grêlé this year, focusing on members of the police and gendarmes.

This is due to several indicative factors, such as the criminal’s modus operandi, his use of police handcuffs and his knowledge of police terms, which were known due to reports of victims who survived.

Verove had been a gendarme between 1983 and 1988, before becoming a police officer. He retired in 2013 and moved to Prades-le-Lez (Hérault), near Montpellier. While there, he sat as a municipal councillor. He then moved to La Grande-Motte (Hérault) in 2019.

Didier Seban, lawyer for the families of Cécile Bloch, Karine Leroy, and a victim of rape attributed to Le Grêlé said that Verove’s note has led to feelings of relief but also bitterness.

"It seems incredible. The investigators, the justice system and the families have been looking for so long,” Franceinfo reported him as saying.

“We were quite shaken when we learned that the perpetrator had been found.

“There is both a kind of satisfaction, because for the families, not knowing means imagining that they can meet him again at any moment. And also, afterwards, a feeling of bitterness, because he will not reveal his secrets.

“We won't know everything that Le Grêlé did, while many families are waiting for connections, for explanations. There is talk of a number of murders and rapes, but we think there are others.

“We will ask the authorities to continue to investigate whether he may have had accomplices and to determine the number of victims he may have had. The families need to have answers.

“Now that he has been identified, we need to retrace his steps. According to the information we have, he served in the Paris region and in the Bouches-du-Rhône.

“So we have to see if there are other unsolved crimes around this area, because at the time he committed his first crimes, the DNA sampling was not yet in use. Afterwards, it started to be used, and he would have known it because he was himself in the police force.

“So would he have committed other crimes without leaving his DNA? These are questions that the authorities will have to answer,” Mr Seban said.