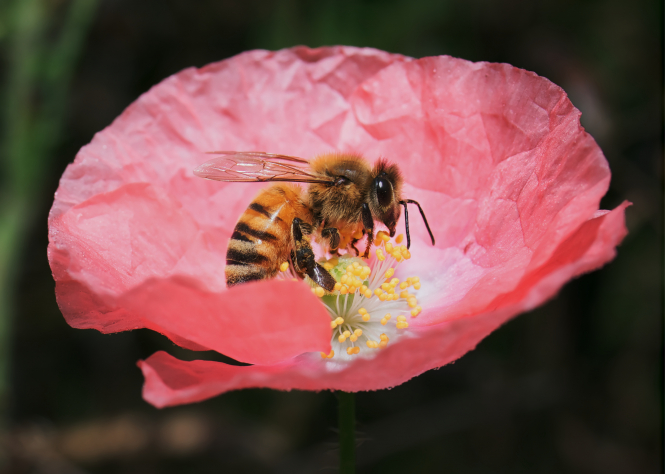 Neonicotinoids are used to kill aphids which destroy sugar beet crops, but they are also deadly for bees.
By Joanna York

French MPs have voted through a law allowing temporary use of a controversial insecticide in a bid to help the struggling sugar beet industry.

The bill was approved by the Assemblée Nationale yesterday (October 6), despite opposition from environmentalists. There were 313 votes in favour, 158 against, and 56 abstentions.

The vote follows a campaign from French beet farmers, who want to use the insecticides to protect their crops. They say the ban has left their crops vulnerable to jaundice caused by aphids, and some had lost half of this year's crop.

They say there is a danger to the future of the French sugar sector, which employs some 46,000 people in France.

Neonicotinoids are particularly effective in fighting against the problem and the MPs based their decision on an EU rule that an unauthorised substance may be used under certain conditions where there is a danger to production of a crop and the problem cannot be resolved by other 'reasonable means'.

The authorisation is not for spraying of the substances but only for the planting of seeds treated with them, a method that was very widely used until the neonicotinoid ban in France in 2018. The law also comes with other safeguards such as creating a special council to oversee the use of the substances and a ban on planting anything likely to attract bees near to the treated sugar beet fields.

However a researcher from national scientific research centre CNRS, Jean-Marc Bonmatin, told news source FranceInfo that the insecticide is not necessary.

Dr Bonmatin said: “There are many alternative methods for cultivating beets.

“Cultivating sugar beets is not dependent on neonicotinoids. Sugar beets are an ancient, traditional crop.”

The problem for French growers, in his eyes, is external market pressure.

He said: “Beet growers today face unbridled competition, from eastern Europe and Latin America. They are steered towards producing the cheapest product possible, and neonicotinoids allow for this kind of intensive farming.

“I think it would be more worthwhile to help farmers overcome this difficulty, rather than reintroducing neonicotinoids." The ban had been based on 20 years of research, he said.

The researcher claimed that jaundice presented a threat to only around 10-15% of French sugar beet crops, in which he said production has grown by “two or three times” in the past 30 years.

While neonicotinoids are effective in getting rid of aphids, they have been found to have a detrimental effect on biodiversity and to be especially harmful to bee populations, Dr Bonmatin said.

However he added that the pesticides are difficult to avoid today because they have been so widely used around the world, and traces of them can remain in crops years after they are last used.

Insecticide used to be banned in France

Environmentalists have been against the use of neonicotinoids for years, and their use was originally banned in France in a 2016 law (effective in 2018).

This made them a talking point on President Macron’s campaign trail that same year.

Politician Barbara Pompili, who was minister for biodiversity in 2016, oversaw an initial progressive ban and a definitive ban earlier in 2020.

As minister for ecological transition in Mr Macron’s government, Ms Pompili is now overseeing the reintroduction of the insecticides.

Farmers can spray pesticides within 5m of rural homes