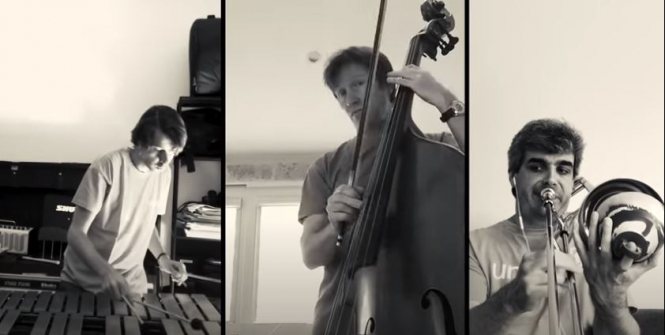 Each one played their contribution to the Love Theme from the Charlie Chaplin film Modern Times at home. Their separate recordings were then mixed to produce the soundtrack with videos of the musicians playing which you can see below:

The piece was specially arranged for the orchestra and chosen because of its universal message.

The recording comes with a plea for donations to Unicef which has teams working round the world to help the most vulnerable during the Covid-19 crisis.

General director of Unicef France, Sébastien Lyon, says he is infinitely grateful to the orchestra for its support: “We are fighting on all fronts providing access to water, protection, education and psychological support to help the poorest and most destitute children. None of these actions are possible without help from as many people as possible.”

The Orchestre Philharmonique de Radio France has been an ambassador for Unicef France since 2007 and takes part in a number of musical events to support the organisation.