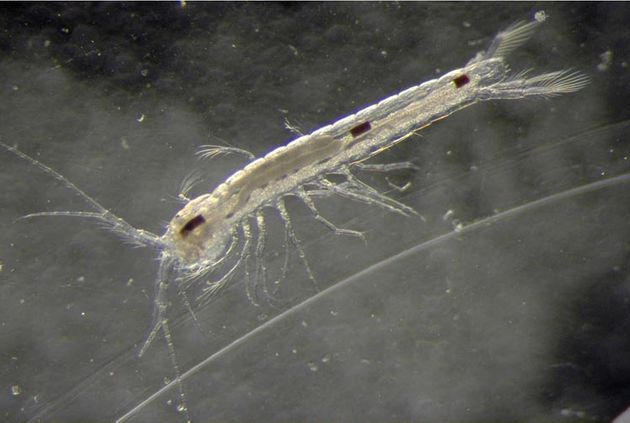 Scientists have discovered a new species of crustacean that they have named Tethysbaena ledoyeri.

It measures around two or three millimetres, and was discovered at the Calanque de Port-Miou, part of the Calanques National Park, just outside Marseille.

“It’s a new species for the world. It’s the first time in France that we can detail a species of this group,” said Pierre Chevaldonné, director of research at the Centre national de la recherche scientifique (CNRS) in marine biology and ecology, who made the discovery.

"It's as if I'm telling you that we've just discovered there are bats in France," he said, speaking in a video made by Parc national des Calanques.

The creature was first observed in 1993, but the scientists only found females meaning more investigations were needed to examine it. Mr Chevaldonné was able to obtain further samples in 2019, and in September this year the species was formally identified as the first of its kind.

It is a species of thermosbaenaceae, which is a group of crustaceans completely separate from any other. The group currently has only 37 different species in the world, none of which had previously been identified in France.

They are “like mini-shrimps, with long and segmented bodies, with feet for swimming and antennae. They are totally white, pigmentless, without eyes,” Mr Chevaldonné said.

They live in complete darkness and are capable of surviving on very little food.

The scientists also found signs of another life form, a type of sea flea that they say is a predator to the Tethysbaena ledoyeri.

“We are starting to realise that a small food chain exists in this system that we first thought was completely deserted,” Mr Chevaldonné said.

“Life always finds solutions. Evolution allows for adaptations, innovations, even in the most extreme environments.”