Ouigo low-cost TGVs now go to and from Montparnasse 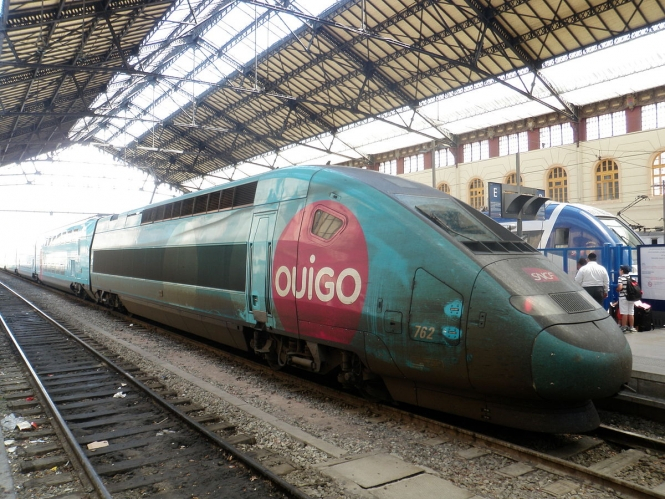 Previously, the low-cost trains had mainly operated in and out of the Parisian suburban station, Massy-Palaiseau, meaning that any passengers who wanted to reach central Paris needed to make a half-hour extra journey themselves, after leaving their Ouigo train.

Now, the trains - which allow voyagers to travel between Bordeaux and Paris in less than two hours for under €30 - will depart and enter the city from the central terminal.

SNCF hopes that this will encourage more passengers to use the Ouigo service, which opened for bookings to and from Montparnasse in October.

SNCF claims that over seven million people will have used the service by the end of 2017.

The company is expecting that around 13 million passengers will have used it by the end of 2018, and hopes that by 2020, Ouigo will represent a quarter of all high-speed travel.

“It’s an unbeatable offer,” explains Stéphane Rapebach, director general of Ouigo. “Half of our clients wouldn’t have taken a train [for their journey] at all if it were not for Ouigo, and a third wouldn’t have even travelled in the first place.”

This tallies with SNCF’s predictions that Ouigo will not eat into the success of the regular TGV trains too much, as the low-cost option offers a different kind of experience.

Although just as fast, Ouigo trains have no bar or food car, and there is only one class of seating. Similarly, passengers with suitcases larger than hand luggage must pay €5 per piece before getting on the train, and cannot use the TGV “home delivery service ("Bagages à Domicile SNCF")" for their luggage.

Ouigo is not the only low-cost long-distance option operating from Paris, however: “Izy” is an international service, which runs daily routes from Paris to Brussels from just €15, and has a two-for-one offer running right now, to celebrate 18 months since its launch.

Izy, which takes 2 hours and 15 minutes to arrive, is the slightly-slower, light-green-coloured sister of Thalys, the red Paris-Brussels high-speed train that makes the journey in just under 90 minutes.

This is still significantly cheaper than the faster Thalys option, which is showing €74 for second class and €105 for first class, for the same journey route.

The Izy trains offer a level of comfort comparable to that of a French TGV, but do not have a bar or food car. Tickets are only available to buy online, and cannot be changed or refunded once purchased.

Only one large suitcase per person is permitted - and, like for TGVs and Ouigo trains - passengers must be at the station at least 30 minutes before departure.

Stay informed, have your say, join the community
Boost your inbox with our editor’s pick of news and information about France for residents and second homeowners
By joining the newsletter, you agree to our Terms & Conditions and Privacy Policy
1
New system to allow people in France to get Covid jab early

3 days ago
2
Brexit: What you can (and cannot) bring into France from UK

1 day ago
3
Vaccinations to begin for over 75s in France: How-to guide

6 days ago
4
Coronavirus: Daily updates on the situation in France