Why France and Lebanon are such close allies 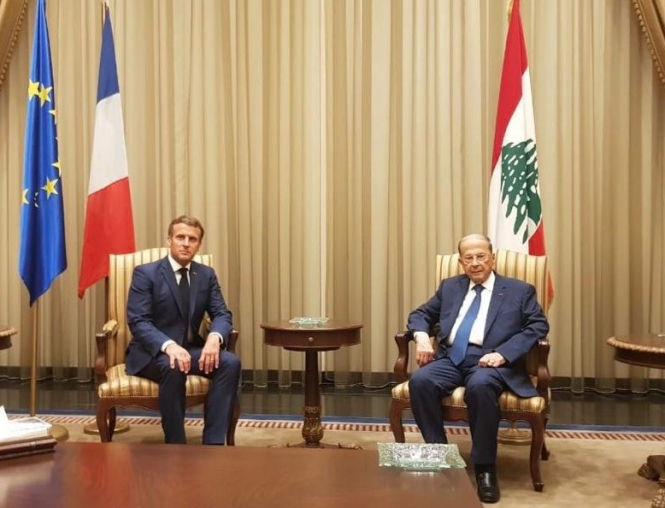 On August 4 a huge blast shook Lebanon’s capital Beirut, killing at least 137 people and injuring 5,000. It destroyed a section of shoreline around the port and caused widespread damage throughout the city. A two-week state of emergency has been declared. The cause of the explosion has been linked to stocks of ammonium nitrate in a warehouse at the port.

“I express my fraternal solidarity with the Lebanese people after the explosion that led to so many victims and to so much damage tonight in Beirut,” President Macron tweeted on the day of the explosion.

“France stands by Lebanon's side. Always. French aid and resources are on their way to Lebanon.”

President Macron will meet with Lebanon’s President Michel Aoun and Prime Minister Hassan Diab while in the country.

After World War I, a League of Nations mandate granted France control over certain territories of the former Ottoman Empire, of which Lebanon was one. Under the mandate system, France acted as a kind of trustee, providing support for the inhabitants of the territories until they were able to govern themselves.

In 1920, France decided to separate Lebanon from Syria and make it into its own country, at the time known as the State of Greater Lebanon. For this reason France was instrumental in making Lebanon into its own recognised nation.

Modern-day Lebanon’s main institutions were shaped and developed under French control, which lasted until Lebanon’s independence in 1943.

Relations between the two countries have been strong since then.

Today there are around 20,000 French people living in Lebanon and over 200,000 Lebanese people in France. Around one fifth of the Lebanese population today is a French speaker, according to French weekly news magazine l’Express.

Former French President Jacques Chirac has been instrumental in pushing the UN to set up a special tribunal to judge those responsible for the death of Lebanon’s former Prime Minister Rafik Hariri. Four suspects from the Iran-backed Shi’ite Hezbollah group are being tried by the court. The verdict was supposed to be delivered tomorrow (August 7), but has been pushed back to August 18 as a mark of respect for victims of the recent explosion.

In 2017, there was a further demonstration of France and Lebanon’s relationship. Former Lebanese Prime Minister and son of Rafik Hariri, Saad Hariri, resigned himself and his cabinet from power, and went to France to meet with President Macron. One month later he returned to Lebanon, rescinded his resignation, and said that he had President Macron to thank.