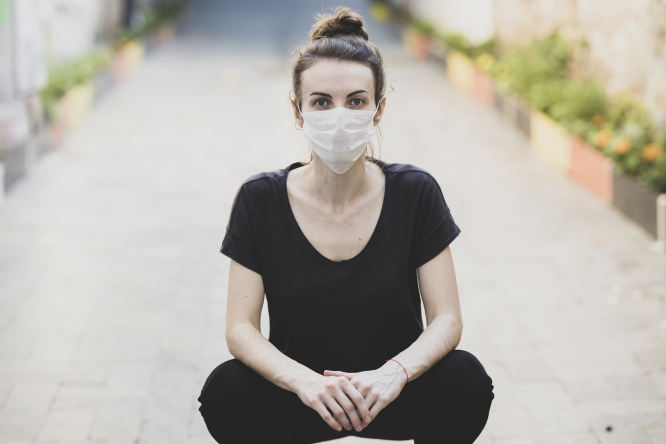 There were 7,565 new cases of Covid-19 in France last week
By Thomas Brent

There were 7,565 new cases of Covid-19 in France last week, an increase of 33% from the previous week, Santé Publique France noted in its most recent weekly report published on August 6. This continues a trend of increasing numbers of cases in France since mid-June.

“In metropolitan France, all the indicators show that the transmission of SARS-COV-2 infection is progressing and intensifying in week 31. It concerns all age groups and more particularly young adults,” the report stated.

It also noted that this increase could not be solely attributed to a rise in the amount of testing in France, which has increased to over 500,000 per week.

This continual increase in cases is being closely observed by the UK government, which has said that it will not hesitate to act if it must. This could mean France being removed from the UK’s list of safe countries, meaning that anyone travelling from France to the UK would be obliged to quarantine for two weeks on arrival. This could have huge consequences for France and the UK’s tourism industry.

Why are the numbers increasing?

Professor Jean-Paul Stahl, a specialist on infectious diseases at the Centre Hospitalier Universitaire in Grenoble, told Connexion that there are two main reasons for the increase.

“We’re in a period where there is a lot of movement of people, with people going on holidays, and this very likely favours the spread of the virus,” he said.

“Also, when we are on holiday we possibly take less care than when we are at work. The protective measures are not necessarily respected.”

He said that the increase in the number of tests should also be taken into consideration.

“The increase in the number of tests does not explain everything about the increase in cases, it explains a part of it,” he said.

Despite the continuing increase in cases in France, professor Stahl believes that the epidemic is still under control in the country.

“There are more cases, that’s true, but in another sense there is not a threat to hospitals' ability to treat patients who need it. In that sense [the virus] is under control. And it is important to keep in mind that the virus has still not disappeared,” he said.

"The real question is not to overload the capacity of hospitals to treat [those cases]. But to have the objective of having zero cases seems impossible to me.”

Should the UK impose quarantine restrictions on France?

Last week, Belgium, Andorra and the Bahamas were removed from the UK’s list of safe countries, so people travelling from there to the UK now need to undergo a two-week quarantine upon arrival in the UK. It has been suggested that France could suffer the same fate.

Professor Stahl said that he did not think that France was currently a country where the risk to people is enormous, compared to the US or Brazil, for example. He said that he thought politics probably has a large part to do with the UK government’s decision making.

“In my opinion it is a decision that concerns public health, but also in a big way, politics,” he said, adding that the government has to be seen as doing something.

In France, Santé Publique France is advising people to remain cautious and to seek medical advice if they suspect they have contracted Covid-19.

“With nearly half of the new cases being asymptomatic, it is therefore essential to maintain the utmost vigilance and keep applying barrier gestures and distancing measures to prevent transmission of SARS-COV-2,” the body’s latest report stated.

France this week surpassed 200,000 total cases of Covid-19 since the beginning of the outbreak. To date, 30,340 people have been recorded as having died of the virus in the country.

If UK imposes France quarantine, will France do same back?