A brief history of French time and ‘timekeepers’ 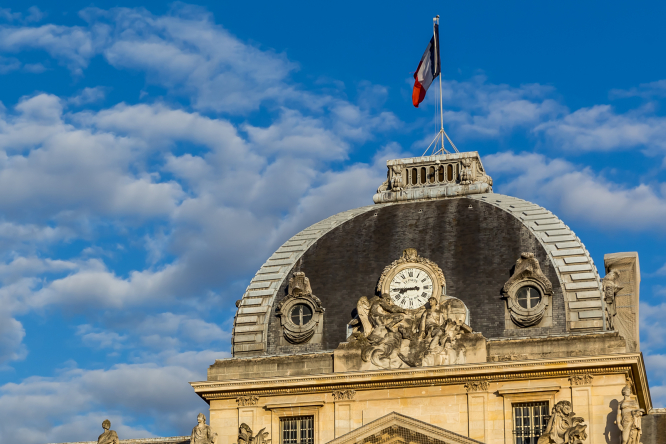 People have been trying to count days, hours and minutes since the beginning of time. Sundials, dripping water, hourglasses: you name it, people have used it. By the 14th century, the first clock mechanisms were being invented, and finally humans could see minutes ticking away. The invisible became tangible.

The workings of the heavens, the movement of the planets, the connection between tides and the phases of the moon could be calculated and forecast for all to us to see.

French rulers were quick to grasp the possibilities of installing massive clocks to demonstrate their grasp of the latest scientific and technological discoveries, as well as showing off their terrific wealth. Clocks could even make references to astrology, justice, law, and religion, depending on the ruler’s point of view.

French cities competed to construct the best clocks and their advent changed urban life completely. No longer did people have to make vague arrangements to meet after the noon sun, or just before dusk, or sometime after dawn - they could set a specific time. Not only did the working day have a starting time, but a finishing time too.

One of the earliest mechanical clocks unveiled to the French public was in Strasbourg cathedral in 1354 and by the 16th century, the manufacture of smaller clocks for private houses was established; people could buy clocks for tables, mantelpieces, walls and even carriages.

The first known French clockmaker was Thomas Bayard, from Vézelize in Lorraine, who registered his trade as a clockmaker and qualified goldsmith in 1554. In the following years clockmakers appeared in Autun, Dijon and Avignon as techniques developed in Holland and England were adopted in France. Telling the time in new and ingenious ways became intensely fashionable, right up to the royal court.

After the death of King Louis XIV in 1715, the regent Philippe d’Orléans, who was a keen amateur clockmaker, set up a mechanical workshop in Versailles producing clocks and timepieces and other mechanical items.

Some of the thousands of Huguenots who fled religious persecution in France in waves from 1560 to 1760 went to Geneva, taking their clock-making know-how and skills with them.

They set up workshops in the Swiss capital, and founded the country’s famous clock making industry. The Protestant Reformation swept Europe and in 1541 wearing personal jewellery was banned in Switzerland and goldsmiths were suddenly out of work.

Their answer was to make gold pocket-watches embellished with precious stones, which could be discreetly tucked into a pocket. Swiss clock-making gained a reputation for being high quality, and business flourished.

Looking for cheap labour to produce parts, Swiss watch makers employed French farmers in the Jura during the winter, when they had more time on their hands. The region still supplies parts to companies including Jaeger-LeCoultre, Piaget, Patek Philippe and Rolex. The area is sometimes nicknamed ‘Watch Valley’.

One of France’s most famous clock makers was Jean-André Lepaute (1720- 1787) who designed many of the larger church and town hall clocks installed during the 18th century.

His wife Nicole-Reine Lepaute was a mathematician and astronomer, and his brother Jean-Baptiste Lepaute wrote his ‘Traité d’Horlogerie’ in 1755.

Smaller clocks and pocket watches were the height of fashion, along with mechanical games, toys, and amusements.

People were fascinated by them and eager for the latest developments in accuracy and reliability. Clock-making became established in Besançon at the end of the 18th century, and the city officially became the ‘Capitale Française de l’horlogerie’ for the ‘Exposition International’ in 1860. By 1880 it was responsible for around 90% of clock manufacturing in France.

Across France, different ingenious designs were developed including the decorative ‘horloge de parquet’, the more humble ‘horloge comtoise’ from FrancheComté, and the playful ‘horloge Saint-Nicolas’ from Normandy, which are basically all grandfather clocks. Some are free standing, others have the mechanism directly attached to the wall and the case mounted around them. Others only need winding every eight days.

The industry also flourished in Cluses, Haute-Savoie, Morteau in Les Doubs, and Saint-Nicolas-d’Aliermont in Normandy.