French wine tasting: How to sound like an expert 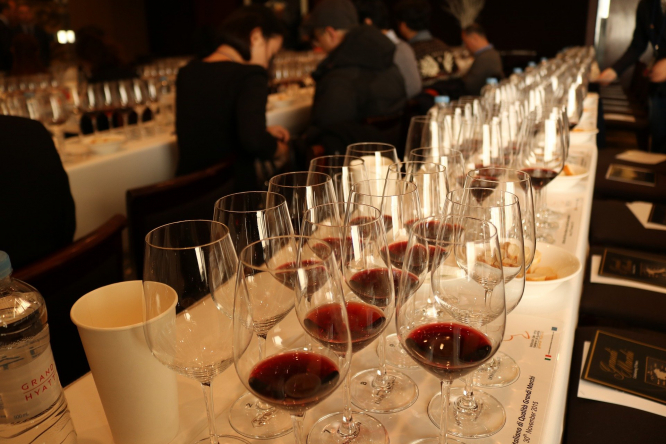 A Connexion reader suggested that I explain some of the more esoteric terminology used to describe wine. Wine tasting has developed its own language that is often just as intimidating to the average person as the labels.

Here are some of the more common terms used.

Legs - The way wine runs down the inside of the glass after it has been swirled. In truth, all they really tell us is the viscosity of the wine, which can be due to the amount of sugar or alcohol or both. Legs are not really any indicator of quality, despite what some people might say.

Corked – A wine is said to be corked when it smells and tastes mouldy or fusty. The off-flavours come from micro-organisms inside the cork which taint the wine. It is a taint which affects a single bottle and is not indicative of the wine or the producer. It is not the presence of cork dust or particles due to the cork disintegrating or using a poor corkscrew.

Young – An age-worthy wine which has not yet reached its peak. That may mean that the tannins are still a bit chewy or that the wine only has primary fruit characters. However, most wines are consumed within a year of bottling and were never designed to age at all, so it is not necessarily a negative term.

Mature – A wine that has been aged long enough for the flavours to have developed beyond the simple fruitiness of young wine but not so long as to be over-the-hill and lacking in freshness.

Closed – This generally means a wine that is not giving off much aroma or flavour. Usually applied to a young version of a wine that is known to improve with age, as opposed to a thin and boring wine that will never get better.

Sharp – Generally a negative term to describe a wine that is found to be acidic. If applied to a red wine, it is usually a combination of acidity and unripe tannins.

Oily – Wine does not actually have any oil but this describes a dense, viscous feeling that is not sweet. It is usually found in white wines from Alsace and the Rhône.

Dry – Can have two meanings. Generally it means a lack of sweetness or sugar. However, it can also mean that the wine has a drying sensation in the mouth due to unripe or young tannins.

Tannic – Almost always applied to red wine. It is a combination of texture and flavour. Textures can range from drying and chewy to mouth-filling and silky. On the pleasant side, the flavours can be of chocolate, coffee, spices and toast but an overly tannic wine can taste bitter or sharp. Tannins come from the skins and pips of grapes and also from the use of oak barrels.

Astringent – Similar to tannic but with more of a drying sensation without body or bitterness. Think of drinking green tea without sugar or eating an unripe banana or apple. It can be a fault of cheap white wines but is also found in both red and white wines that have been drunk too early. When it is very obvious, we would describe the wine as rough.

Oxidised – Caused by the wine being overly exposed to oxygen. Aromas of bruised apples or pineapple juice or slightly rotten fruit.

Reduced / Reductive – Another very confusing term. The aromas of struck-matches, burnt rubber, onions and mussel shells due to sulphur compounds created during fermentation. It is termed ‘reductive’ because it is associated with starving the yeast of oxygen, although it can be caused by other issues such as the use of over-ripe grapes or leaving a wine on its lees for too long.

Minerality – Perhaps the most abused of all wine terms. It is supposed to refer to the characters than some wines exhibit that remind us of minerals such as chalk, slate and granite but may also refer to other aromas like seaside or smoke. Sometimes it can just mean acidity that is not particularly fruity. Wines which typically exhibit minerality are Chablis, Muscadet, Alsace Riesling, St Joseph, Faugères and traditional Beaujolais.

Leesy – The lees are the sediments in tanks and barrels occurring after fermentation. They are made up mainly of dead yeast but will contain other solid compounds. We describe wine as ‘leesy’ when it has a yeasty aroma or those arising from a breakdown of yeast cells while aging the wine on the lees, which give the wine aromas of lanolin or straw.

Structure – The combination of body, acidity and tannin that give the wine a pleasant firmness. The opposite of flabby, which usually means a wine that lacks sufficient acidity.

Hopefully this brief guide will help you understand what people are trying to convey when they use these terms and also allow you to sound more confident and knowledgeable when describing wines yourself.

French wine returns from a year in space

wine-tasting
More from Food and Drink
More from Connexion