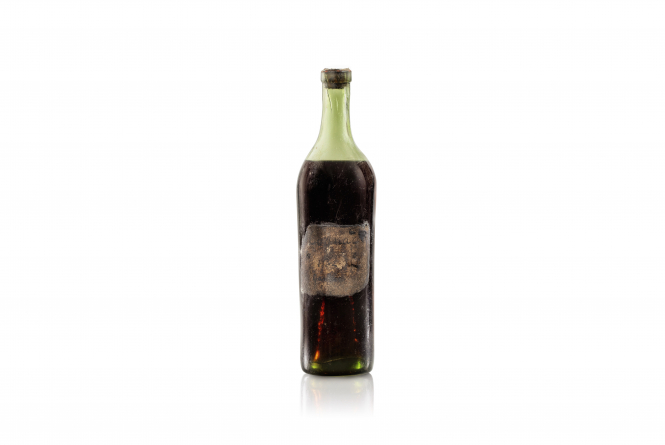 The buyer was “an Asian private collector” according to auctioneers Sotherby's, and he is going to be offered a private tour of the Gauthier distillery, at Aigre in Charente.

Experts believe that the cognac might still be drinkable as spirits do not age as much once they have been bottled as wine does.

Extremely old spirits though, can sometimes develop either pleasant tropical notes, or less pleasant porridge-smelling ones.

Vintage years are typical of very old cognacs, but most have been blends of different years since the early 1900s.

Even so, there are exceptions, such as wine merchant Grosperrin from Saintes, near Cognac, which specialises in modern millésime cognacs.

According to the anonymous sellers, their great-grandparents fostered an orphan named Alphonse, who left the family home in the Charente countryside in the 1870s to work for 10 years in Cognac, which was enjoying an economic boom.

The boom - and Alphonse's employment - came to an abrupt halt with the phylloxera crisis, caused by an insect imported from America which destroyed most of France’s wines.

He returned with a cart filled with bottles, probably given in lieu of wages. Most of them had destroyed or dirtied labels - but among them were three bottles of 1762 Gautier.

One of the bottles, known as Petite Soeur, is now in the Gautier cognac museum at the distillery in Aigre.

Another smaller bottle, Petit Frère, was sold in New York in 2014 for $59,500 to a Polish wealth fund, which put drops of it in a line of watches.

The last bottle - nicknamed Grand Frère - which was sold in Friday's online auction is the last remaining one.

In our July print edition we will have an interview with the cellar master at Gauthier, who will explain how old traditions persist in the manufacture of cognac.

In the meantime, you can view and purchase our latest edition for June 2020 or find out more about subscribing to The Connexion below.