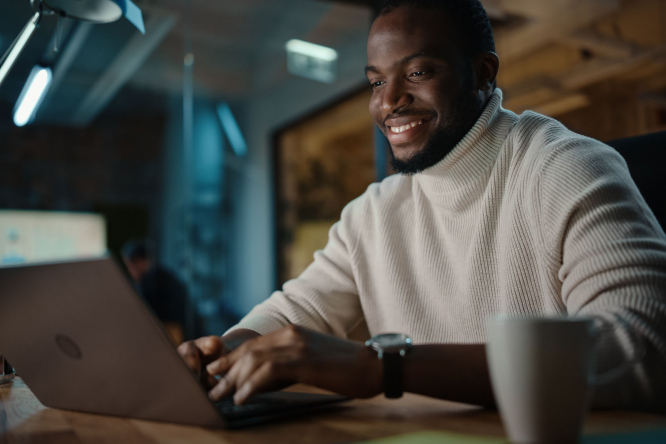 The ministry says changes have already been made as a result of the collaboration with the writers, which started last year, though they will not reveal what Pic: Gorodenkoff / Shutterstock

One involves a world where people cultivate online ‘bubbles’ in which all updates match their own beliefs, making it hard for real news and alerts to circulate.

The second features a world full of high-speed drones and missiles which force humanity to retreat to fortress communities requiring huge energy resources to maintain them.

The aim of the ‘red team’ of 10 writers is to come up with ideas that soldiers would not have thought of, says the Armies Ministry. It works alongside a ‘blue team’ of staff from the ministry, and a purple team which supplies technical expertise.

The armed forces can then be better prepared for any scenario, however outlandish it might seem today.

The ministry says changes have already been made as a result of the collaboration with the writers, which started last year, though they will not reveal what, in case the information gives ideas to hostile forces.

The scenario of online ‘bubbles’ was imagined due to information overload causing people to live more and more in a ‘safe space’ of like-minded people where they only hear updates and points of view that correspond to their tastes.

It would make it impossible for the armed forces to get important information out to the general public, and notions of objective truth would break down, each person clinging to their own beliefs.

This could be dangerous in cases where it is vital to spread alerts – for example, in a natural disaster or terrorist attack.

It would also make it difficult for a population to have a shared perception about the truth of a military action, making it hard for the army to function as it would lack support from those it is trying to protect.

If conflict zones became saturated with drones and weapons are ‘hyper-fast’, then it will be necessary to hide inside ‘hyper-fortresses’ with multiple protection systems.

In this scenario, armies would no longer be able to physically attack targets and conflicts would be frozen.

How would conflicts be resolved in such a case and how would the massive energy needs of these constructions be met, the writers asked.

Emmanuel Chiva, director of the Agence innovation défense which set up the project, said the red team’s job is to push the imagination, while the blue team gives structure and suggests which ideas are good to develop.

It aims to demystify, as well as to counter some people’s fears that it spends its time monitoring the public’s lives.