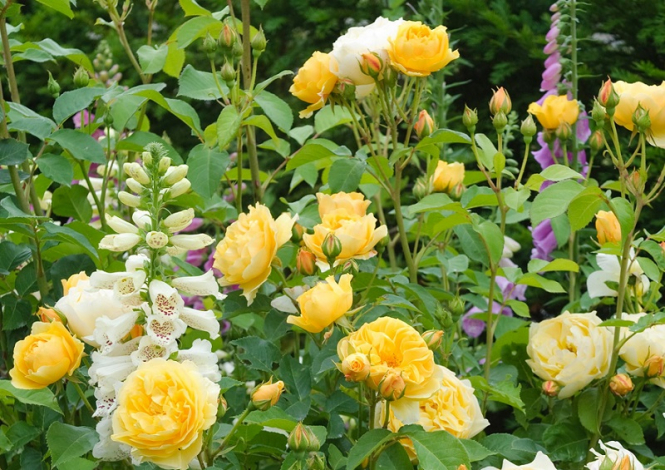 Trop de haricots? Bien sûr! 2019 will, thankfully, be another year of surplus for me. It takes a couple of poor years to really appreciate how much I rely on them.

In 2017 we had continuous rain just after I sowed my seeds and germination rate was very poor. (Added to which I must have used garden compost containing Morning Glory seed to improve my soil, and initially mistook its undesirable seedlings for those of the haricots – haricot lives were lost in the thinning!).

Last year conditions were so dry at flowering that I learnt the hard way how essential it is to water at this stage.

But this year I will have them coming out of my ears.

Enough to eat every day – and to imagine that all that fibre, with lashings of potassium and magnesium, as well as vitamins A, C and K, really will protect me against osteoporosis and certain cancers. Oh, and improve my eyesight into the bargain.

You, the readers, were liberal in your suggestions for dealing with summer gluts. I have never found that haricots freeze well.

However, Helen Homewood, writing from the Corrèze, says that she finds picking them young and tender, immediately nipping off the ends and snapping them in half before freezing in large ice-cream containers, works a treat.

She also finds that slicing very young courgettes, salting them and then cooking them in olive oil reduces the volume substantially and makes them a better freezing proposition. I need to try again – or possibly invest in a new freezer?

Ann Clarke, meanwhile, has come up with what sounds like a delicious way with courgettes, taken from Elaine Borish’s book, What Will I Do with All Those Courgettes? (Fidelio Press, 2002). ‘Courgettes with Paprika & Dill’ is recommended for three or four (or perhaps two greedy) people.

You need: 2tbsp. oil; 1 onion, sliced; 450g courgettes, sliced; 1 tsp dill seeds, or similar; 1 tbsp. paprika; and 6tbsp. soured cream. Fry the onions in oil until they are soft, and then add the courgettes and seeds, continuing to fry until they soften too. Mix your paprika with the cream, add to the courgettes and heat through.

As we move into another autumn planting season, my rose catalogues are once again on the coffee table.

This year, unlike last, je me permets... Merle Panico wrote in response to my comment that I felt the David Austin roses do not do so well in our French heat, but were really bred for cooler British conditions. She lives in Provence and gardens on a heavy, calcareous, but very stony soil.

This is a tall rose named for the late Graham Stuart Thomas (1909 to 2003 – what a life!), who was not only Gardens Advisor to the National Trust for many years but also a world-renown rosarian and friend to David Austin.

His rose was chosen by him personally on a visit to Austin’s nursery and introduced in 1973. Surprisingly, one of its parents was the much-loved and planted floribunda, ‘Iceberg’.

It is worth mentioning that the Austin roses (in my experience) are a little like people: each with its own special preferences and sulks.

Blush pink ‘Heritage’ (also an early DA introduction) is magnificent in the hottest spot my garden can offer (and, even in Lorraine, that is pretty hot), while the two along from it (‘Jude the Obscure’ and ‘Lady Emma Hamilton’) tend to get moody in the heat.

Merle mentions another rose that does well in her conditions: large-flowered, fragrant, mid-pink ‘Paul Neyron’ (pictured left), introduced in 1869 by French breeder, Levet. Just the ticket for very dry heat, since it is slightly prone to rust in damp conditions.

2019’s planting season will see me adding ‘Graham Thomas’, as well as another 2018 Austin introduction, ‘Tottering-by-Gently’.

Named for the twenty-fifth anniversary of Annie Tempest’s Country Life cartoons, its single yellow flowers are said to produce fine rosehips later in the year (perhaps suitable for low hedging at only about 1.5m).

Once again I’ve been seduced by an irresistible name. Well done, Mr Austin!

Do you have a question for Cathy about your French garden? Email editorial@connexionfrance.com