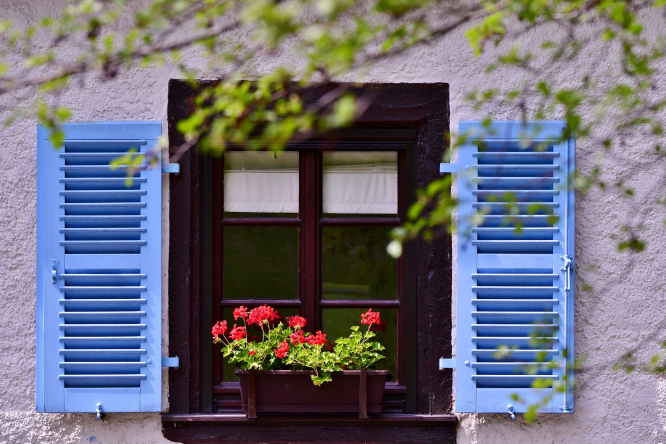 For balcony plants, try saving rainwater for use on houseplants, or at least mixing the softened tap water with rainwater
By Cathy Thompson

As someone who used to propagate plants professionally, I noticed from day one of arrival in my French garden that I struggled to get cuttings to root and grow on, and seedlings had a tendency to die when I pricked them out.

Having gone through a period of experimenting with different composts (peat-based, soil-based, with added vermiculite, perlite or grit), I finally concluded that it could well be the water supply that was the problem. I suspected that my water might be much too ‘hard’ (with a high pH level) to really promote root growth in young plants – but I failed to understand the difference between pH levels and alkalinity.

Standard public tap water with a high pH – being the measure of the concentration of hydrogen ions in the water, where ‘high’ is over about 7.5, but actually denotes low levels of hydrogen ions – will not harm the majority of plants. But if that high pH is coupled with high alkalinity (a measure of the carbonates and bicarbonates in the water, where ‘high’ is over 120ppm and anything up to 100ppm is perfectly acceptable for the gardener’s purposes) the effects can be damaging, particularly for young plants.

Using this water will cause the pH levels in your pot plant’s growing medium to rise to unacceptably high levels – in effect you are watering with a dilute solution of limestone and your plants will quite quickly experience nutrient deficiencies and imbalances. So your first move, if you think that you might have water issues, could be to purchase a suitable home water test kit that will measure both pH and alkalinity.

I did not do that, but after nine years of noticing that even a cutting I appeared to have rooted successfully would show a remarkably small root system when I came to pot it on, I have found that a little bottom heat seems to promote enough root growth to compensate for the ‘stalling’ effect of the water – even better was the switch to watering only from a rainwater tank.

You can also add citric acid to the smallish quantity of water you regularly need to water your houseplants. Work this out for yourself by experimenting – add a small quantity of acid, test the pH, and continue until you get a reading of about 6.5. Record your results for the future – volume of water, volume of acid – and repeat when necessary. I prefer my rainwater approach.

I am not alone in these struggles, it seems. A Connexion reader recently wrote in to say that, although previously very successful with houseplants and geraniums in troughs on her apartment windowsills, her success seemed to vanish overnight – leaving dead or dying plants behind – when a water softener was installed. Noticing the difference, she quickly reverted to bottled water and water from a neighbourhood fountain. All to no avail.

Since a water softener relies on salts to do the job, softened water will contain trace amounts of salt, which accumulate in the potting medium. Sodium chloride is a relatively cheap and frequent choice of salt for water softeners and the buildup of salts it causes within the confines of a pot may quite quickly interfere with the transfer of minerals and moisture into the plant roots.

The cells in the plant’s roots are fooled into ‘thinking’ that they have already enough water/mineral content and water uptake by osmosis is halted. The plant basically dies of thirst. And, of course, when you see your plant dying what do you do? Add more water.

Our reader mentions that she observed a white, salty substance on the surface of her compost – the smoking gun! I suspect that if she had removed all the compost from her plant roots and washed the root systems with bottled water or fountain water, she might have saved them. But, sadly, the damage was done.

If she has a balcony, she might try saving rainwater for use on houseplants, or at least mixing the softened tap water with rainwater. Another possibility – although I have to throw my hands up and say I have only read about this! – is to switch to use of the more expensive potassium chloride, rather than sodium chloride, as a water softener salt, since potassium chloride is said to actively promote plant growth.

As Valentine’s day fast approaches, it occurs to me that there could not be a better present for your beloved than a bare-root red rose bush.

I picked out ‘La Belle Rouge’ this year as one to try. It may not be your classic hybrid tea shape (like the bunch of long-stemmed red roses you gave your sweetie last year), but it has beautiful, rich carmine-red semi-double flowers with a crown of golden stamens at their heart.

It has received three French awards since it was introduced – notably in 2020 at the Concours International de Roses d’Orléans, where it was awarded the Prix de l’Environnement for disease-resistance.

Since it apparently grows no more than 80cm tall, this repeat-flowering rose could be a perfect addition to a terrace pot – and hopefully without the black spot! You can buy it from that wonderful French rose nursery André Eve.

The rules of planting trees in your French garden

How to cultivate your winter garden in France