Can we opt out of vaccinations? 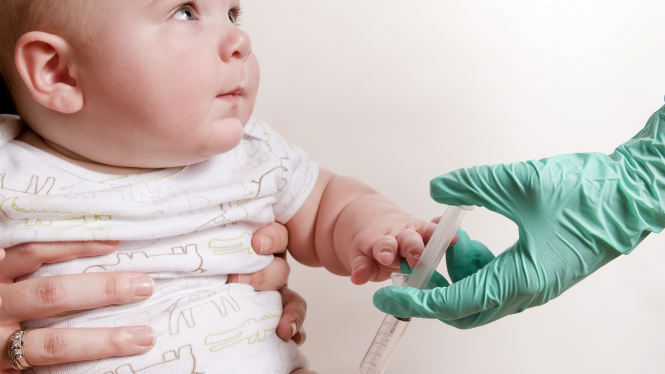 No, you cannot opt out – but your baby does not need 11 jabs at once, they are phased in over the early years and the new 11-vaccination rule applies only to babies born after January 1 this year.

Unlike in the UK which does not have obligatory childhood vaccinations, France does. There were three of them and, for babies born this year, there are now 11. Previously the eight extra vaccines were only ‘recommended’ but are now obligatory.

The government says that 70% of babies already have all these vaccinations, which represent a total of 10 injections spread over two years.

The illnesses that must now be vaccinated against are: whooping cough, measles, mumps, German measles, hepatitis B, haemophilus flu, pneumococcal disease and meningococcus as well as those that were already required, diphtheria, tetanus and polio.

Children who are not up to date with their vaccinations risk not being accepted for school enrolment, or at crèches and holiday centres.

In the UK, babies will normally receive a diptheria, hepB, haemophilus, polio, tetanus and whooping cough 6-in-one vaccine at eight weeks along with pneumococcal, rotavirus and meningococcus B then, at one year, haemophilus/meningitis C single-dose vaccine, and measles, mumps and rubella single dose.

Health Minister Agnès Buzyn says the decision was made due to a reduction in overall vaccination rates. If they drop too low then there is a risk of certain illnesses coming back – such as measles, which caused 10 child deaths from 2008-2012. She says only 75% of children are vaccinated against measles, whereas the level to eradicate the disease should be 95%.

A committee of experts who reported on the previous practice said it “made no sense”, because the ‘recommended’ vaccinations were “just as important” as those that were obligatory.

At the same time the government has decided to remove tough legal sanctions which meant parents could receive up to a €3,750 fine and six months’ prison for refusing to vaccinate, however a legal ‘obligation of protection’ towards children remains in place. The latter means that if someone becomes disabled due to an illness their parents did not have them vaccinated against they have the right to sue the parents, with possible penalties including up to two years’ prison and a €30,000 fine.