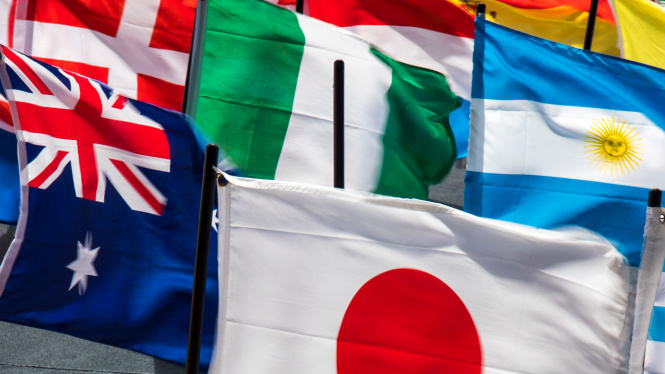 I am a UK resident and taxpayer with a French second home. I have Austrian citizenship. I spend half of the year outside the UK, mostly in France. I spend four weeks travelling outside both. I am considering making France my main residence but how will Brexit affect time spent in both countries, and can France insist I file a French tax return? In the UK, my spouse and I file separate returns. Will that still apply if I spend more time in France than her? Can spouses be tax residents of different countries? J.D.

Yes, it is possible for spouses to be fiscally resident in two different countries and so to file their tax declarations in two different countries. Note that if you habitually spend more of the year in France than anywhere else, according to article 4b of the Code General des Impôts, you may already be a French fiscal resident. Fiscal residency is a matter of fact, not choice.

Brexit will not affect the amount of time you may spend in France, as you will continue to benefit from EU free movement as an Austrian. Living in the UK, however, would require you to apply for “settled status” if you do not have UK citzenship. This requires you to spend most of the year in the UK. If, instead, you had your main home in France, visiting from France as an EU citizen would be subject to annual limits.

France applies the following tests to establish whether someone is a tax resident:

- Spending most of the calendar year in France (or more time in France than anywhere else);
- Having a “main home” in France;
- Managing your financial affairs from France;
- Running a business from France.

While one rule may be seen to qualify someone as a resident, depending on personal circumstances, it may be that two or more rules are required to confirm fiscal residency. Your country of fiscal residency remains in place until another country’s fiscal rules would instead qualify you as a resident there.

You need to decide in which country you wish to have fiscal residency, establish it there, then ensure your travel habits do not infringe the residency rules of other countries that you spend time in. France requires you to complete a tax declaration if you are a fiscal resident or you have income taxable in France, such as French rental income.

Got questions about Brexit cards and proving residency? Read our Q&A here

We are retired teachers living in France. We know there is a UK-France agreement that allows us to be taxed at source in the UK. However, our French tax office insists on taxing our pensions, even though they have been taxed in the UK. What can we do? M.H.

The UK and France double tax treaty to which you refer does not only “allow” taxation at source of those with “government” pensions, it states in article 19 the UK does tax this income (in French, pensions de la fonction publique). The first issue is to check your income qualifies. The official list at tinyurl.com/y9w8n7by says state school teachers’ pensions are “government” income, though pensions paid to former private school teachers are not.

UK government income, while not taxed in France, is nonetheless to be declared in France. It must be placed in section VI of the 2047 foreign income declaration and carried to box 8TK on the main 2042 (if you declared online and did not do this, you may correct your declaration online from the start of August). While this income is not taxed, the French calculate total French income tax due, including this government income figure, and then apply a tax credit based on its amount to reduce the final tax due. This is to prevent people benefiting from two sets of personal allowances, as well as two sets of tax bands and rates.

This means income tax due on any other income that you have, such as state pensions, is taxed at a higher rate than would have been the case if you had not had the government income. Note that last year (2019) was unusual in that it was the first year of French “tax at source” and there was, in theory, no French income tax payable on 2018 income to balance this. A special tax credit was meant to cover this situation, though income tax was still payable on “one-off incomes”. In some cases, however, it seems the calculations were not always correct. Without seeing the detail of how the tax office has taxed you, it is impossible to make further specific comments, so you may wish to obtain advice from a professional in international tax.

Are you a French resident with a UK pension? Bill Blevins explains how to transfer your UK pension to stop LTA tax penalties

Can we continue to spend time in France in retirement?

We are a retired couple who have been spending part of each year running a business in France for 25 years. The rest of the year, we were in England where we were – and still are – residents. We bought a property via a UK-registered company, of which we were the sole directors, and were doing cycle touring and B&B. The income was paid to our UK bank account and we declared it to the UK. We have now sold the business and property but continue to rent part of it and wish to continue coming and going from the UK to France. Can we do so and continue to be taxed in the UK? P.C.

Normally, even if you are a UK resident, incomes arising in France should be declared to France’s tax service for non-residents (and to the UK, which would apply a tax credit for UK tax) so the situation you describe is unusual. However, you say you are now retired. A taxpayer retains fiscal residency of a country until another can show that they are a fiscal resident of that country. See the earlier question here about the person with Austrian citizenship.

If you maintain your main home in the UK and do not spend most of the calendar year in France, you should remain UK tax residents. However, after the Brexit transition period ends, if you are British and have no double nationality of an EU state, you will be subject to staying no more than 90 days in any 180-day period in France.

Connexion's Inheritance Law and Wills in France helpguide answers questions such as how to make a will in France, property inheritance for those without children, succession rules and much more. Click here to buy.