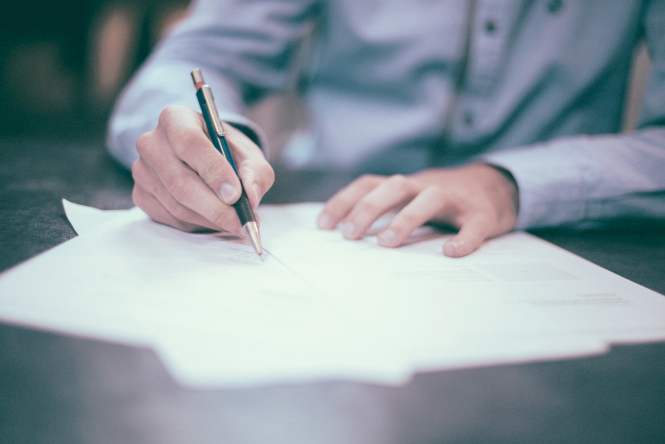 Hélène Fages who left a career in international banking to run workshops on understanding these differences, including for the British Embassy in Paris, likens the topic to an iceberg.

“The hidden part is much bigger and represents the aspects you have to work at to discover,” she said.

“You can put them into seven broad headings for business: modes of communication, relation to hierarchy, to risk, to time, to space, to rules and modes of thinking.”

The importance of understanding this to businesses who work in both cultures is clear.

In fact consultant Guy Bondonneau, from WCT Cross-Cultural, said understanding key differences is vital for anyone planning to work in or with a French firm: “France and Britain are very close geographically but there are enormous divergences in the way they operate in business.

“A lot of people think they can continue with their own culture, but if you do not know the way things work and do not fully understand the message the person in front of you is trying to convey, you could end up with problems.”

He said meetings are a good way of illustrating differences: “Firstly, there is the attitude towards time. In the UK, a 10am meeting will start at 10am. In France, meetings do not start on time, because there will be general chat first and some people may arrive late. It is best to arrive on time but do not be surprised if it does not get off to a prompt start”.

Greetings are important. “If there are not too many people, it is best to do as the French do and go round the table and shake hands with all those
present. It is worth the effort to make contact with everyone individually.”

Addressing others at the meeting is generally more formal in French companies, he added. “Hierarchy is more rigid and the boss is almost seen as God. The vous form is de rigueur. It is a way of keeping your distance and showing who is in charge.”

But Ms Fages said business norms are changing: “Every company and individual is different and things change. “Tu” and first names are becoming acceptable, so there you must listen and discover the hierarchy rules in the place where you are.”

Mr Bondonneau added that any agenda should be seen as a guide rather than a rigid list to get through. “Meetings are a place for discussion. Debate and confrontation are acceptable in France.

“To be frank and honest is good. However to persuade someone in France you must build up your argument carefully before you present a fact. In the UK we tend to produce a fact and then give a reason.”

Ms Fages added: “For many French people it is acceptable to interrupt a speaker, while for many British people it goes against their code of conduct because they think it is rude.

“Rather than get annoyed at this seemingly impolite behaviour, Britons should ask themselves what are the positive aspects of interrupting.

“There is no need to imitate French behaviour but try to accept its contribution to the meeting. Likewise, the French person must not think that the British person is uninterested in the debate, just because he does not leap in with his ideas.”

Watch out, too, for meetings that do not end with a clear decision. Mr Bondonneau said: “A decision may have been taken but you may have missed it. Communication is subtle and you need to read between the lines.

“In the UK, we must remember that people tend to talk in code. For example a British person may say, ‘I agree with you up to a point ...’.

“A British person will know that what he really means is, ‘I don’t agree at all’, while anyone else would be forgiven for understanding that they were not far from agreement. Each country has its own communication codes.”

A major part of the cultural workshops that Ms Fages runs deal with asking questions: “I ask people to look at themselves and their expectations.

“In France, for example, feedback is much more likely to be direct and could even be negative while in the UK criticism will be more cautious.”

Another point to remember is that in general the French work to live, while in the UK there is a tendency towards the American live to work model.

Relationships at work are, however, seen as important and building networks during a lunch break is a good way to make contacts.

So what is the best way to work with cultural differences? “You do not have to change everything about the way you work – but you need to understand the differences and incorporate the foreign culture into your own,” she added.

Claire Milner has worked in the Paris branch of an American software company since 2012 and recently attended one of the courses on cultural differences run by Hélène Fages.

She says she wishes she had taken part earlier as she found work sometimes frustrating because of these differences but  now hopes she can look at them in a different way.

She has found that these differences can be significant: “For example,” she said, “The French tend to be much less willing to take business risks so it takes a lot longer for any project to be accepted and they seem to want 100% agreement from everyone concerned before moving forward.

“That can be very frustrating and you can easily take it personally and feel you might be losing your touch, when in fact it is because the approach is different.”

She says communication is not only about speaking good French: “Both the French and British tend to talk in code, but we use different codes, so it is difficult sometimes for both sides to understand what the other person really means, even when you can speak the other language well.”

She says she now understands that the cultural differences are deeply ingrained.

“After the course, two colleagues were due to have a meeting with a French client. I talked to them about what I had learnt. “French clients often want an enormous amount of detail, far more than my company is used to giving.

“This can lead to tensions in a meeting, but knowing that this is the way the client works meant both sides came out thinking they had had a constructive meeting.”

She has this advice: “If you can, do a course on cultural differences. If not, come with an open mind and read as many books as you can. The best thing is to keep on learning and keep a sense of humour. There is no bad and good, it is just different.

“There can be great benefit appreciating our differences and realising how they complement each other.”