Gold-beaters: trade so rare there is just one left 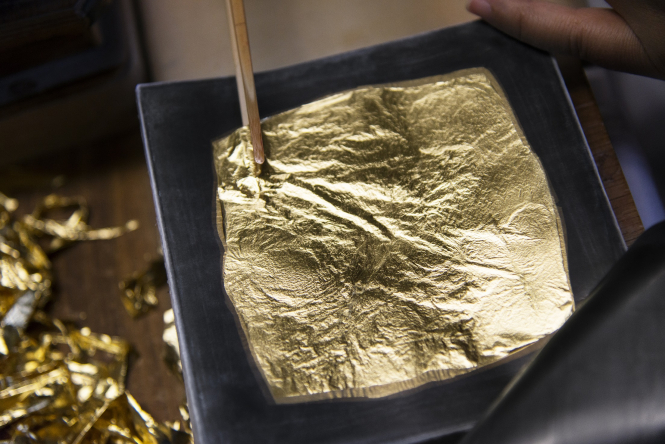 In the Middle Ages, French batteurs d’or (gold-beaters) were so numerous they formed a Guild. By the Revolution there were 25 still in work. Now there is only one left in France.

A batteur d’or uses blocks of solid gold to make leaf so fine it breaks apart when touched. The name encapsulates the combination of strength and delicacy required for the job.

Although the trade dates back to antiquity, gold-beating is no longer entirely done by hammer, a job that required the strength and stamina of a blacksmith. Instead, machines have been introduced.

Pure gold is melted at temperatures of up to 1,200C and, with tiny quantities of silver or copper, or other metals, depending on the shade of gold leaf required. The molten alloy is poured into moulds to form small ingots, which are pressed to form ribbons, and reheated.

The ribbons are hammered out in two separate stages to make sheets that are 75,000 times thinner than the ingots they are made from.

Finally, the sheets are hand-blown to smooth them out and cut to the appropriate size before being placed between the pages of little books made from silk paper. All offcuts are melted down and used again.

The market for gold leaf is a global one, and there are few in Europe who are able to supply it, so for a skilled craftsman the trade is potentially lucrative.

Whereas at one time the majority of clients would have been enlumineurs (illustrators of manuscripts), now artists, sculptors, ceramicists, glassblowers and art restorers all use gold leaf in small quantities. Made into powder, gold leaf makes luxurious glitter.

Recently, it has begun to be used in high-quality food items, and in industry.

With only a single craftsman left in France, there is no specific training course available for someone wanting to enter the trade.

At Maison Dauvet in Haute Savoie, apprêteuses, who press the gold, and videuses, who take the fragile sheets of gold leaf out of their moulds, blow and cut them, are trained in-house and are ready to take up work on their own account after three years. If this craft interests you, you are advised to seek an apprenticeship. 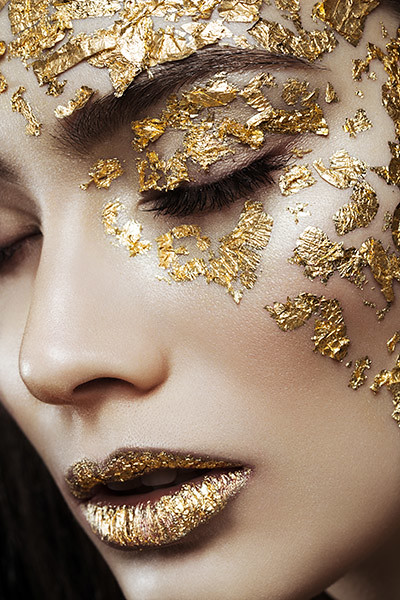 Last beater in France has 50 shades of gold

Maison Dauvet, the one remaining batteur d’or in France, encapsulates the paradox of many métiers d’art. The rarity of its specialism makes it highly prized, but also difficult for the company to compete in a market flooded with cheap, lower-quality products.

This paradox caught the eye of Antonin Beurrier, an industrialist with expertise in alloys.

He bought Maison Dauvet in 2013 and has been nurturing it ever since. In total, the batterie has 300 years of experience and Pyrrhos Dauvet, the last batteur d’or, is the sixth generation of his family in the craft.

Maison Dauvet’s market is a global one, its products destined for consumers who still like “the French touch”.

“There are batteurs d’or in Germany,” he said, “but their style of gold leaf is Baroque, very different from ours. Italian is different again.”

Such discerning customers are fewer than they once were.

“We have precise recipes for 50 shades of gold at Maison Dauvet,” said Mr Beurrier, “but we only sell about 15-16 of them. People have lost the ability to differentiate.”

Pyrrhos and his father Ber­nard are doing work that was already being done in antiquity. Although machines have replaced hammers, their task requires just as much of a feel for the metals, as well as precision, and an eye for detail.

Although Maison Dauvet is branching out into 21st-century applications for its gold leaf – in heat insulation, watch- making, cosmetics and food – two-thirds of its output is still destined for traditional applications. The company also works with the Palace of Versailles and the Louvre.

For a company making such a luxury product, its goals are much more modest. Mr Beur­rier said: “We’d like to break even in 2018 and I think we’re just about on course for that”.