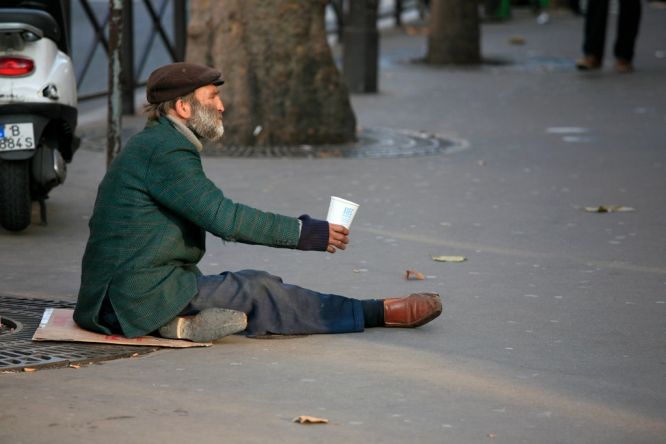 In February 2020, 3 552 homeless people were counted on the streets in Paris, show figures taken during the 2020 Nuit de la Solidarité
By Connexion journalist

Reader question: What will happen to people without homes living in places where curfew measures are in place? Are they at risk of being fined?

The government has taken measures to protect homeless people from the 21:00 curfew in place in the majority of France, but some organisations have said it is not enough.

France’s housing minister Emmanuelle Wargon released a statement on October 17 detailing the government’s response. In it she confirmed that homeless people would not be subject to fines, that extra lodging would be made available, and street teams that provide support to homeless people at night would be exempt from the curfew.

The minister said that the 28,000 extra housing spaces that have been made available in shelters due to the coronavirus will be maintained, meaning that there are 180,000 spaces open to homeless people in France.

Ms Wargon also said that there is still a law in place that prevents people from being forcibly evicted from their accommodation at this time unless they have another “housing solution”.

The winter plan, which is in place every year to provide more protection to France’s homeless in periods of cold weather, has been brought forward and began on October 18, rather than the usual November 1.

Places that offer housing or lodging to homeless people, such as boarding houses, hostels, day and night shelters, etc, will be allowed to stay open past the 21:00 curfew.

Despite these measures some associations working with homeless people have said more must be done.

“Efforts have been made, there is no denying it. But the reality is there: a lot of people sleep outside because they cannot find accommodation. The situation in Ile-de-France is catastrophic," Jean-Philippe Rouxel, a representative of the association Secours Catholique-Caritas, told french news agency AFP.

And despite government promises that homeless people will not be targeted by police for breaking the curfew, French magazine l’OBS reported an incident of this already happening in Paris.

The most recent, 2012, survey carried out by Insee (Institut national de la statistique et des études économiques), found there to be around 140,000 homeless people in France.

However, as independent French organisation Observatoire des Inégalités has noted, this number includes people who use a variety of temporary housing solutions, such as homeless shelters or housing offered by associations, etc.

“So there are not 140,000 homeless people in France, as we sometimes read, but around ten thousand, which corresponds to the image that we generally have of the homeless in public spaces,” the Observatoire des Inégalités wrote in a report published September 8, 2020.

homeless
covid-19
More from Your Questions
More from Connexion