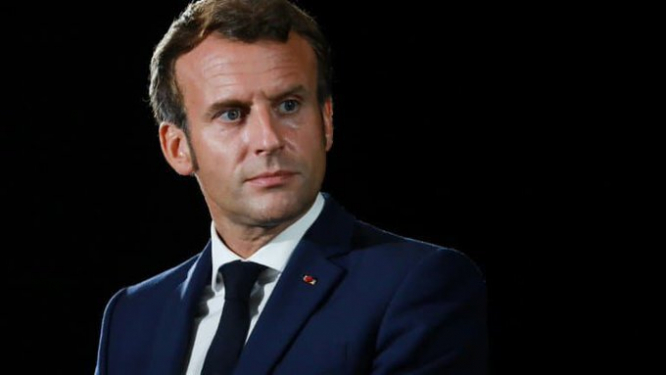 Tough talk about separatism usually leads to even more division, and that is exactly what happened when Emmanuel Macron spoke out about Muslims.

During a keynote speech in Les Mureaux – a Paris suburb containing numerous religious and ethnic minority communities – the President of France bemoaned the “ghettoisation that our Republic, initially with the best intentions in the world, allowed to take place.”

The address in early October was meant to put a positive spin on new legislation allegedly aimed at better integration, but in fact led to accusations that Macron was encouraging extreme hate to impress far-right voters.

His focus was on vile acts of terrorism invariably carried out by misfits, most with psychological problems and an obsession with violence.

The truth is that the majority of France’s five to six million Muslim citizens live exemplary lives. Tropes about no-go-areas full of scheming supporters of groups like Al-Qaeda are as disgusting as they are untrue.

Beyond the fury that inevitably followed Macron’s calls for stricter monitoring of Muslim schools by the state, an overlooked element of his provocative rhetoric was about language itself.

In a naïve sop to the Muslims he was berating, the President said he wanted to see more Arabic taught in schools.

France’s colonial past, and especially its brutal conquest of North African countries such as Algeria, mean that the language is widely used, especially by French Muslims who regularly travel to the Arabic-speaking countries where their roots lie.

Those who speak a version of the language (there are many) are as proud of their Arab heritage as British Asians are of theirs, but to pretend that their priority is to see a revival of a complicated language in France itself is as patronising as it is impracticable.

As a Semitic language, Arabic is particularly difficult for Europeans – the 28 letters in the abjad alphabet bear no relation to the ones used by the French one.

Arabic is also written in a cursive style from right to left. It is like learning Cyrillic Russian or Mandarin – a delightful prospect for a very few.

Did you know? Over 500 French words have an Arabic origin

By suggesting that Arab learning could draw people together, Macron was simply highlighting how clumsily divisive even nominally altruistic measures can be.

Alongside his throwaway remarks about Arabic, Macron spoke about the importance of instilling “secular values” in schoolchildren – ones that he described as the “cement of a united France”.

Even during a global health pandemic, Macron does not want too many Muslim children taught at home, for example. Instead, he expects them to go to schools which are well funded by the state, and in turn are closely watched by the authorities, including security agencies.

In the reasoning of the bigots, he claims children may be corrupted by a foreign culture, and especially one of the three great monotheistic religions, by their parents or teachers. As Latin, Arabic is in fact firmly associated with high-minded theologians and academics, making Macron’s weasel words even more unpalatable.

He knows as well as anybody that making an issue of Arabic will infuriate angry nationalists – many of whom would never dream of bothering with a second language, let alone one rooted in the Middle East.

Yes, encourage Arabic among particularly bright students who have a genuine interest, but do not use it as a trigger word to cause even more division.

Nabila Ramdani is an award-winning French-Algerian journalist who specialises in French politics and the Arab world. Her articles feature in the French national press as well as internationally. She is a regular columnist in The Connexion.

Why hate sells so well in our modern world