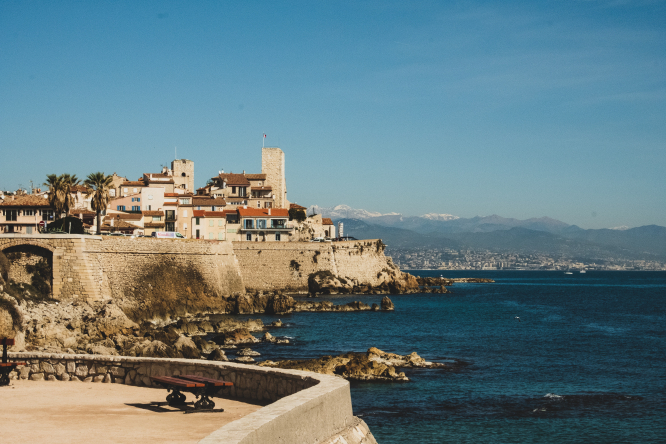 20 cities have been urged to prepare local plans for lockdown. Pictured: Antibes, Alpes-Maritimes.
By Connexion Journalist

Government advisory body the Conseil Scientifique said the 20 largest cities in France (see the full list here: tinyurl.com/y5xpuzbn) must devise local lockdown plans in case of a second wave of the virus – and possible future pandemics.

Education Minister Jean-Michel Blanquer said health and safety measures in schools could be ramped up in line with local virus rates, possibly resulting in a return to distance learning. A spokeswoman for Toulouse told Connexion plans they had been told to draw up concerned authorities would deliver services if another lockdown became necessary. “The plan we have been asked to prepare is not concerned with the rules of a lockdown, only with how we can deliver services like looking after old people in their homes, cleaning schools, collecting rubbish and so on,” she said. “The Prime Minister’s office will lay down the law on how a lockdown would work.”

Learning from the UK and Germany

The Conseil Scientifique cited examples in the UK and Germany and said local lockdowns could be regional, departmental or municipal. The aim would be to avoid exporting the virus to other areas. Its report said localised lockdowns should be considered if ‘critical clusters’ emerge, with indicators including a rate of more than 50 cases per 100,000 population.

In late August, five departments in mainland France fell into this category: Sarthe, Loiret, Hérault, Bouches-du-Rhône and the Alpes-Maritimes. This rate was also surpassed in Mayenne in July, which resulted in stricter measures being brought in. During this time, gatherings of more than 10 were banned, masks were mandatory in all public spaces, and around 300,000 people were tested. People were urged to get tested before leaving the department.

Masks to be mandatory for kids going back to school

Mr Macron said: “We can’t shut the country down because the collateral damage of confinement is considerable.” Instead, he spoke of the possibility of ‘very localised strategies, like in Mayenne’. Antoine Flahault, professor of public health and director of the Institute of Global Health at the University of Geneva, told Connexion local confinement measures could include bans on gatherings, people being asked to stay at home, and closing restaurants and bars.

Potential measures could be stricter than during the general lockdown, he said, citing Melbourne in Australia as an example. There, a local lockdown bans people from leaving home, except for essential shopping, exercise, and work. There is also a curfew between 20h and 05h.