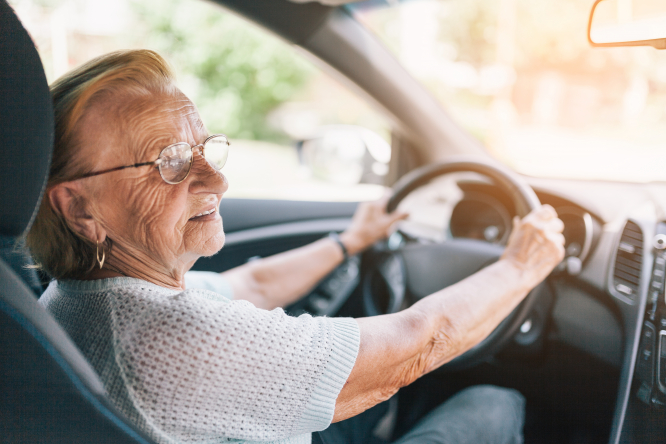 Drivers in France can currently renew their licences without any medical exam Pic: And-One / Shutterstock

Three quarters of respondents to a new survey in France are in favour of drivers over the age of 65 having to sit an obligatory medical exam. Of the over-65s questioned in the survey, 58% are also in favour of this measure.

The survey was by pollsters OpinionWay for Dekra, a European vehicle inspection company, and involved a representative sample of 1,005 people in France.

France has been issuing 15-year driving licences since 2013, with the renewal only involving an administrative procedure. A medical examination is required for the elderly in certain other European countries, such as Spain, where drivers have to take a medical exam every five years from the age of 65 to keep their licence.

The survey also found that 79% of respondents felt that over-65s should be able to take a voluntary course to have their driving assessed by a professional. The majority of over-65s taking part in the survey agreed with this, with 69% in favour.

However, only 28% of over 65s were in favour of limiting the duration of driving licences after a certain age, compared to 57% of all respondents.

Elderly more likely to be victims

Elderly people were however statistically more likely than average to be victims of road accidents.

In 2020, 25% of road deaths last year were senior citizens, even though this age group represents just 19.2% of the French population.

Additionally, more than half of the pedestrians killed in 2020 were seniors aged 65 and over.

Technology is the solution

Dekra’s survey revealed that elderly people were very much in favour of using technological advancements to aid their driving.

It found that 89% favoured the use of automatic cars, and many also relied upon cameras to help with reversing and automatic emergency braking systems.

The car is the mode of transport most used by the elderly in France, with 86% of respondents using one on a daily basis.

Cycling is far less popular, with only 14% of elderly people using a bike every day, the survey found.

France’s private speed camera cars: Where are they, who drives them?