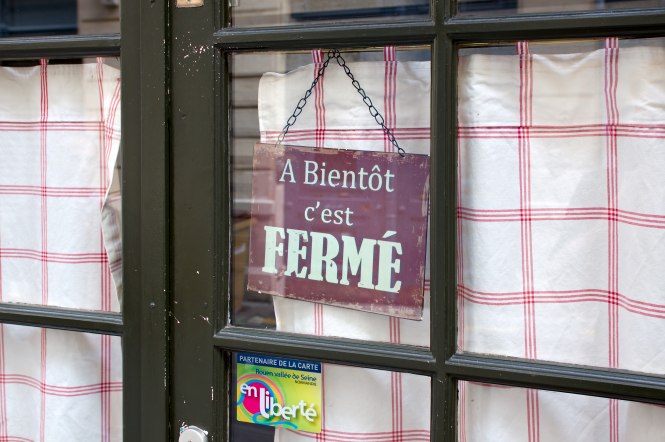 Bars and restaurants must close for an estimated two weeks as a health precaution in Marseille and Aix-en-Provence.
By Joanna York

Health Minister Olivier Véran announced last night (September 23) that new regulations to stop the spread of Covid-19 would be introduced in France. These include completely closing bars and restaurants in Marseille and Aix-en-Provence, the two largest cities in the Bouches-du-Rhône department.

However local officials have responded with anger to the decision, saying it has been imposed on them from central government.

Mayor of Marseille Michèle Rubirola tweeted after the health minister’s speech last night: “I am surprised and angry to learn about this decision, on which the Mairie of Marseille was not consulted. Nothing in the current health situation justifies this response. I cannot accept that people from Marseille will be victims of political decisions that no one understands.”

Renaud Muselier, president of the Provence-Alpes-Côte d’Azur region, disputed the health minister’s claim that they had discussed the new regulations on Wednesday afternoon. He tweeted that the health minister had given him a “hasty” telephone call at “at 18:30 before a giving a speech at 19:00. This decision is unilateral, poorly adapted and unfair!”

In an earlier statement posted online, he wrote that the new measures amounted to a “quasi-confinement” and a “collective punishment that is extremely hard on our local economy”.

He wrote that high transmission rates in Marseille had reached a “plateau” after local government introduced its own measures nine days previously. Since then, the local rate of incidence has fallen from 228 to 193 per 100,000 inhabitants. The rate of positivity has also gone down from 8.7% to 8.2%.

Benôit Payan, currently acting mayor of Marseille while Ms Rubirola is on medical leave, also tweeted a graph illustrating a decline in Covid-19 cases from September 9-22. He wrote the new measures were “unacceptable” and “seemed more like a political decision than credible, serious health management”.

Bar and restaurant owners ‘stigmatised’ by measures throughout France

The health minister announced last night that, in addition to closing bars and restaurants completely in Marseille and Aix-en-Provence, bars in many other departments and cities including Paris would have to close at 22:00 as a health measure.

Bernard Marty, president of bar and restaurant union for the Bouches-de-Rhône department, l'Union des métiers et des industries de l'hôtellerie (UMIH), told news source BFMTV: “We are really, really angry because the least they could have done was to warn us in advance.”

He described the health minister as: “A politician who announced on television that [bars and restaurants] are not going to be able to exist anymore, because that’s exactly what will happen. It’s a disaster! It’s shameful to stigmatise Marseille like they are.”

Philippe Etchebest, a Michelin-starred chef who lives in Bordeaux, said the government was “stigmatising” the restaurant professions in general. He said of the 22:00 rule: “People will still get together in their own homes… I don’t understand it.”

The Bouches-du-Rhône has been severely affected by the virus in recent weeks and is one of two zones in France currently on the new “maximum alert” level introduced by the health minister last night.

Public service media body Franceinfo has published an interactive map, detailing the level of alert in each department in France.

Along with “maximum alert” (in dark red on the map below), the new scale also includes “heightened alert” in red, “alert” in pink and “under vigilance” marked in grey.