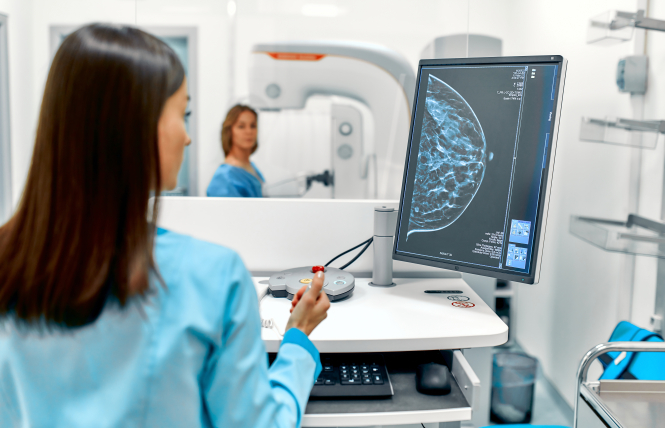 The new therapy is intended for triple-negative breast cancer patients, 40% of whom are under 40 years old. Pic: ORION PRODUCTION / Shutterstock

Trodelvy, a treatment for an aggressive form of breast cancer, is now available in France to patients who urgently need it.

The treatment uses a new kind of therapy called an ADC (antibody-drug conjugate) which promises a longer lifespan for patients who have triple-negative metastatic breast cancer and for whom other treatments have failed.

'Triple-negative' refers to the fact that the breast cancer cells do not have the normal estrogen, progesterone, or human epidermal growth factor hormone receptors, which means that normal medicines targeting those receptors are ineffective.

It relates to around 15% of breast cancers and is highly aggressive, with a greater risk of metastasis than other forms.

While triple-negative metastatic breast cancer is considered incurable – its five-year survival rate is just 11.3%, according to official Haute Autorité de Santé (HAS) figures – an international study coordinated by the Curie Institute showed that patients given sacituzumab govitecan (brand name Trodelvy) had an average overall survival rate of 12.1 months compared to 6.7 months if they were given only traditional chemotherapy.

This is significant to these patients, 40% of whom are younger than 40. Roughly 9,000 new cases of triple-negative cancer are diagnosed each year, and treatments are “rare and often not very effective,” according to the HAS.

ADCs work by attaching an anti-cancer chemotherapy drug to an antibody, which then targets a specific antigen only found on the target cells.

He said: “Doubling life expectancy means having more time for other innovative treatments to arrive, in hopes of someday having a cure. This is priceless.”

#MobilisationTriplettes counts 600 members whose oncologists will now be able to prescribe the treatment via an early-use procedure.

Gilead Sciences (a multinational with its headquarters in the US), the treatment’s maker, has previously cited supply and funding problems alongside the authorities’ lagging authorisations to account for its delay in providing Trodelvy in Europe to those accorded earlier, limited access to the treatment.

Thanks to new facilities in Italy, Gilead has promised to be able to provide suitable quantities of the product in keeping with new authorisations at country and European levels as they come into effect.

Getting a breast cancer scan in France: FAQs