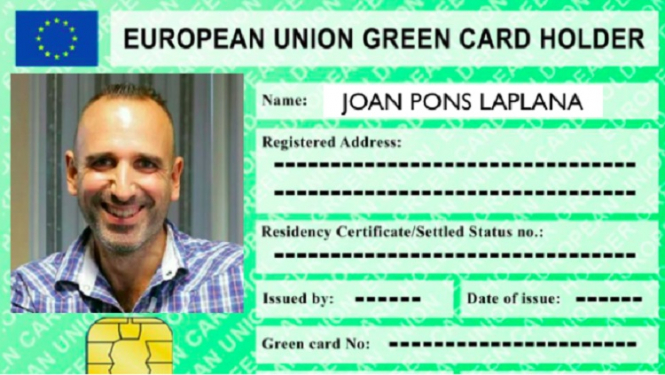 Luxem­bourgish MEP Charles Goerens said: “Keeping skilled, motivated people in the EU would be a win-win scenario for the EU.”

It would allow Britons who want to do so to maintain a status similar to EU citizenship, possibly with an annual fee.

It would not need to be reciprocal if the EU member states agree, said Mr Goerens.

The idea is gaining ground and was latterly championed by European Parliament Brexit coor­dinator Guy Verhofstadt.

London mayor Sadiq Khan has also urged the UK government and top EU politicians, whom he met on a visit to Brussels, to put the idea at the heart of this year’s negotiations.

His office said he is “deeply concerned that millions of Londo­ners and other British nationals who never wanted Brexit have lost the rights they enjoyed as EU citizens”.

Author and philosopher Prof AC Grayling, who chairs a co-ordinating group for leading Remain organisations, said the plan is “a matter of people making up their minds – and if they want to, they can”. It is “doable, with will”, he said.

“I am very keen on the idea as an excellent interim until we rejoin the EU. I would – will – apply for it the minute it becomes possible.

“This is in the EU’s gift to offer, not the current UK government’s power to deny us.

“The UK has a majority in favour of the EU and freedom of movement [recent polls].

“This is an excellent way of keeping the UK close and helping to bring forward the rejoining of the UK.”

Mr Verhofstadt, who was among those who met Mr Khan in Brussels, said: “It is the first time in the history of our union that a member state has left but because the UK government wanted to exit it should not be that individual citizens have to lose their connection with the Continent.” Mr Goerens said his idea had failed to win enough support from both the UK government and a number of EU states for it to be included in the Withdrawal Agreement, and it would need those states to change their minds.

He said the timeframe for this made it unrealistic to hope it will be included in this year’s future relationship deal.

A related issue is “continuing free movement” to live and work across the EU for Britons living in other EU states before the end of the transition period.

During the WA talks, the EU said it could be considered during future relationship negotiations, but it is not listed in its preliminary talks documents.

The UK had suggested it be offered in return for a lifetime right to come and go from the UK for EU citizens living there.

Mr Goerens recently met the group and supports the idea.

However, he said it is hard to say if it will succeed, given the tense political climate of the post-Brexit negotiations.