Brexit: Grandparents in France bid for guardianship of UK grandson 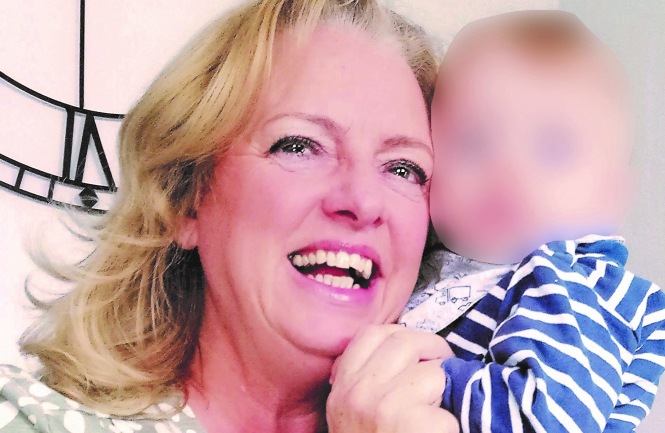 A legal process by a British couple in France to obtain ‘special guardianship’ of their grandson is expected to become a test case on recognition of UK legal rulings post-Brexit.

Inside the EU, a network of treaties and laws regulates mutual recognition but this is more complex now the UK is a third country.

Patricia Rowland, 59, from Deux-Sèvres, said she and her husband David, 58, hope to obtain special guardianship of grandson Isaac as her son and his partner are unable to look after him.

This is a status with rights and responsibilities similar to parenthood but allowing a child to maintain basic legal links with its birth family.

They are working with the UK social services to be granted this, but a further hurdle will be recognition of this status in France.

Mrs Rowland, a retired school finance director, said their eight-month-old grandson is currently being looked after in foster care by her daughter in the UK.

“She has two young children of her own and can’t give him a permanent home,” she said.

“So social services asked if we would be prepared to take him. Because he’s already in the care system, social services would take it to court. We said we would, but everything seemed to grind to a halt when [full] Brexit hit.”

They were told they needed to form a bond with the child, so have been to northeast England for a six-week stay to spend time with him.

“We hadn’t been able to get over due to Covid and while we have FaceTimed, we hadn’t seen him physically,” she said.

“He’s great, he’s lovely. We’ve been going over to my daughter’s house or bringing him over to stay with us.”

Mrs Rowland said they expect social services to tell a court they approve after their assessments of the family. However, they have been told that they cannot have full special guardianship until their grandson has lived with them for 12 weeks – and usually, a child in care is not allowed to go abroad.

Social services has, therefore, proposed granting them an order that will turn into the special guardianship status after 12 weeks.

“They are concerned, though, that everything they do in the UK courts is accepted by the French courts. It would have been fine before Brexit but we are the first to do this post-Brexit, and it will become case law.”

International social workers will have to be involved, Mrs Rowland said.

In the meantime, she said the French have been “amazing”.

Officials supplied criminal record checks in four days, and their mayor has been “fantastic” and has written a character reference.

Mrs Rowland said: “We’re fit and young in mind and have a lot of friends and a good community. “I think Isaac could have the best childhood ever, growing up in France.”

Brexit and the curse of having a UK passport

5 hours ago
4
France reopens to UK tourists: Rules for adults and children

How is property tax shared out for sale of French second home?
14 January 2022
More from Brexit
More from Connexion
Get news, views and information from France
Join the newsletter
Subscribe to The Connexion