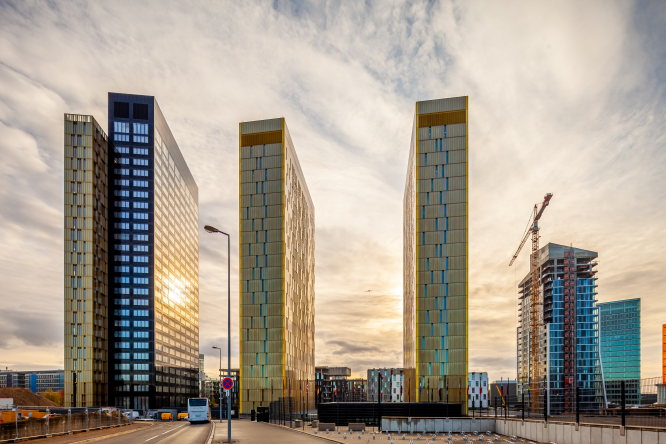 The European Court of Justice in Luxembourg
By Liv Rowland

The European Court of Justice is to be asked to rule on whether or not it is fair for Britons in the EU to lose their European citizenship due to Brexit.

French barrister Julien Fouchet has obtained a decision from a French regional court to refer questions on the point to the ECJ. Previously the European Union’s top court has never explicitly ruled on this point.

If Britons in the EU, or some of them, could retain EU citizenship it would mean they would retain all the advantages they enjoyed before the UK left, and would be able to stay in France without a residency card.

Mr Fouchet, of Cornille-Fouchet in Bordeaux and Paris, is acting on behalf of a British woman married to a French man, who has lived in France for 36 years but had not for personal reasons wished to take French citizenship.

She objected, notably, to being struck of the electoral roll for voting in the municipal elections in March 2020, especially as she also has no vote in the UK due to the 15-year limit on expatriates’ voting rights.

The case hinges on her request to be placed back on the lists, which was refused by her mairie.

Mr Fouchet asked on her behalf that the mairie’s decision be reversed and that questions be posed to the ECJ clarifying the effects of the UK’s decision to leave the EU.

The court said that there is a principle of ‘proportionality’ to be considered, which it said exists in both French and EU Law and which moderates the powers of public authorities to take actions which unduly infringe people’s rights and liberties.

It noted in particular that the complainant is “totally deprived of the right to vote”, which it said has been previously deemed by the ECJ  to be a right, not a privilege.

The court agreed to ask the ECJ whether article 50 of the EU’s Lisbon Treaty, relating to how a country may leave the EU, and the Brexit Withdrawal Agreement (WA), should be interpreted as cancelling the EU citizenship of Britons living in the EU before the end of the transition period, in particular for those subject to the 15-year rule.

EU countries, including France, have so far assumed this to be the case.

It will ask further whether, if that is the true, certain other elements of EU treaty law combined with the WA may not be seen nonetheless as allowing the Britons to retain their EU citizenship.

If not, it asks whether this is not in violation of EU principles, the Charter of Fundamental Rights of the EU - which refers to voting rights - and the principle of proportionality.

The court will ask in particular about the validity of the loss of the right to vote and stand in municipal elections, which it says deprives ’15-year-rule’ Britons of all voting rights.

Mr Fouchet told The Connexion he considers the referral of the questions to be a “huge” success and he now hopes for a “beautiful decision from the ECJ”.

He said he believes there are good chances of success, especially as this kind of case, where questions are simply to be asked of the court, avoids additional legal hurdles around 'admissibility' of a case's grounds which he has faced in several previous cases challenging Brexit in the European courts on behalf of Britons in France.

Brexit updates for Britons in France this November