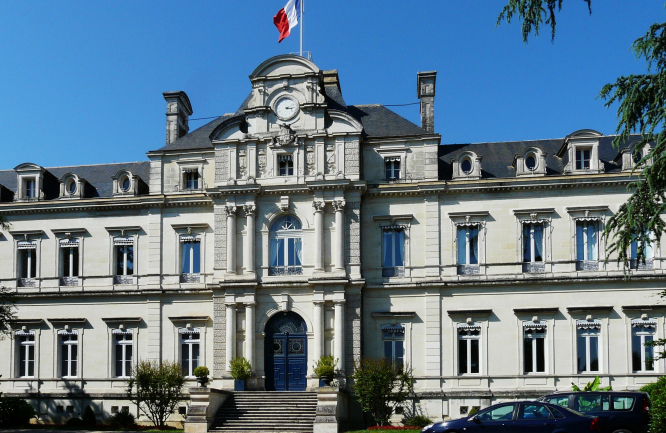 The prefecture of the Dordogne in Périgueux
By Liv Rowland

The Dordogne prefecture has now delivered more than 1,000 Brexit Withdrawal Agreement (WA) cards with no rejections and wants to reassure Britons who feel stressed about their residency rights.

The head of the residency section, Anne-Sophie Larue, said they have received 4,600 applications from Britons so far and are having to revise upwards their estimates of how many Britons live in the area, which at the start of the year had been thought to be around 7,000-8,000.

All adult Britons living in France who do not have French or another European nationality have to apply for one of the new WA residency cards by June 30, 2021 at the latest. Their close non-British family members may also apply for one if they wish if they are from outside the EU.

A new website opened for applications for the cards on October 19. Some applications had also been held over from those received via a previous website which was open at the end of 2019 for residency cards which would have been issued in the case of no WA deal being signed.

The Dordogne was the first department to send out WA deal cards, starting in November. They have now processed and ordered the printing of more than 2,200 WA deal cards and more than 1,000 have been delivered.

Ms Larue said this was possible because they had prepared well in advance.

“Since the prefecture on average issues around 2,200 cards residency permits per year, all nationalities combined, and we were being told to issue an extra 8,000, we got organised very quickly, found premises and recruited a team.”

They now have a ‘Brexit building’ separate from the main prefecture, with five staff doing this work full time.

“We are receiving 80 people a day,” she said. “It’s going very well. The meetings take around 10-15 minutes at the most, so it is working fluidly.”

The meetings are so as to bring in passport photographs and have fingerprints scanned; the person’s passport is also checked.

No rejections so far

Ms Larue said so far they had not rejected anyone.

“The only thing we would like now is to reassure people, because we see they all arrive looking worried and stressed with big piles of documents.

“In reality the system is very simple and you provide all the documents upfront [during the online application]. We reassure people when we collect their photos and the card is then delivered to their home.

“The message is that there is no need to worry about it or to be afraid of having to leave France.

“In reality it’s going so well that a lot of people have been writing to the prefect to say ‘thank you’, which we are delighted about.”

She said the online application procedure is simple and in both French and English, however the Franco-British Network, one of the bodies accredited by the British government to help, is providing support to those with difficulties applying or who struggle with IT.

“The association is making efforts to contact those who need their services, and we’ve not heard of any problems. We think that most Britons now are aware of what they need to do.”

The main prefecture building also has a point numérique section with staff who can help people free of charge to complete formalities online, including completing the application for the card.

Ms Larue said that so far there have not been any cases of people who were too ill or disabled to visit for an appointment, however should this arise she said there would be solutions, such as staff taking portable equipment to the person to complete the formalities.

Some people who have lived a long time in France have wondered about the precise date to put for their moving to France at the start of the online form and whether it has to match exactly with the document you are later asked to attach to show when you moved to France, in the case of applying for a ‘permanent’ card for those living in France for more than five years.

Ms Larue said officials will not ask for proof of the precise moving date given, and the date of the document does not have to be identical. "People expect French officials will be very fussy about details, but really all we want to check is that you've been here for over five years."

Brexit cards for Britons in France - here is a first example

Documents for residency cards fixed for Britons in France