Documents for residency card fixed for Britons in France 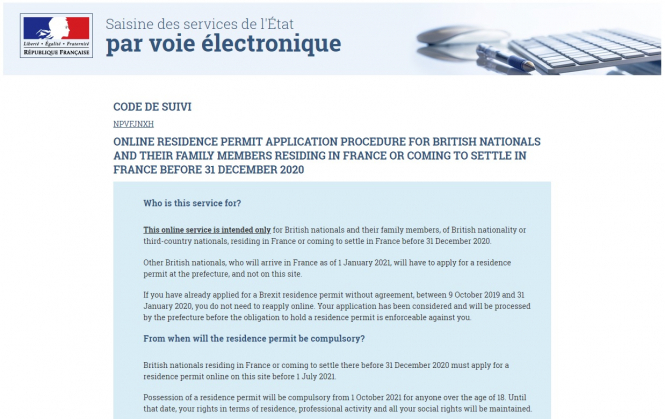 The latter with minor exceptions only apply to ‘inactive’ people (retirees and early-retirees) and are as previously told to The Connexion by the Interior Ministry as reported in our December edition.

The order confirms the good news that only a minimal level of financial means will be expected, with the same test applied regardless of age.

There had been uncertainty on the point as the website for applications for the new Brexit Withdrawal Agreement (WA) residency cards, which opened on October 19, has referred to the level of Aspa income support being required for over-65s. This is as opposed to RSA, which is lower, which is mentioned as the level required for younger people.

The British Embassy and campaign groups for Britons in France had delaying applying for a card until this point was clear, in case of concerns over meeting the higher level.

The Interior Ministry told The Connexion that these references to Aspa will be removed from the website in due course, to reflect the latest clarifications.

The new government order (arrêté) is now online following its publication in Le Journal Officiel, and, as expected, it completes and clarifies aspects of the decree on Britons’ Withdrawal Agreement residency rights which was published on November 20.

Note that the British Embassy in Paris has now published a translation of the decree if you wish to consult it in English.

What are the latest rules?

As mentioned, the key difference with regard to information previously published on the website for WA cards relates to means levels for those who are not working. We list below important changes as compared to information still showing today on the flowchart about supporting documents on the WA residency cards applications website.

There are no differences for British people applying for a ‘permanent’ card because they have lived in France for more than five years.

With regard to those applying for one of these cards due to being married to a French person (despite not having lived in France for more than five years), the order states that the marriage must be prior to January 1, 2021 and that if the marriage took place abroad you should provide evidence that it has since been registered in France with the état civil (births, deaths, marriages...) services.

This applies both to those drawing state pensions and those who live on other independent incomes (private pensions, investments etc).

Please note that the initial version of the documents flow-chart, still online today, in its English-language version, incorrectly refers to those aged under 65 requiring the level of ASI. This is a disability benefit.

The correct figure is the level of the RSA income support benefit.

The order clarifies that however many people there are in your household you cannot be asked to show more than the level of RSA for a single person (€565/month).

Furthermore in checking if you meet this, officials will ‘take into account the personal situation of the applicant’, the order says.

An Interior Ministry official previously told The Connexion that this means that officials will consider the whole household income when checking if you meet the threshold.

This is more favourable than is implied by the flow-chart which refers to being required to show the level of RSA (‘ASI’ in the English-language version) corresponding to your family situation. The level of the RSA benefit increases depending on family size.

Most importantly also, the order does not mention any distinction for people aged over 65. Therefore the same test will be applied regardless of age.

This is beneficial compared to the wording of the flow-chart which mentions the level of Aspa for those over 65. Aspa for a single person is €903/month.

The Interior Ministry has told The Connexion that there will also notably be flexibility applied by officials with regard to means levels where someone owns their own home or lives in their home free of charge. However this is not referred to in the decree or order.

The order mentions that if you are employed outside France then you should also provide proof of means. However many people there are in your household, officials will not require you to demonstrate income of more than the level of RSA for a single person (€565/month).

If you have any questions about residency card applications please email us at questions@connexionfrance.com with the term 'residency card' in the email subject line.