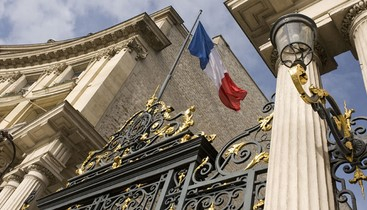 The Interior Ministry is responsible for residency matters
By Liv Rowland

Senior officials from the ministry’s residency section told The Connexion that when Britons apply for the new cards French prefectures will be “pragmatic and show goodwill” if any Britons lost income due to Covid-19 or benefited from financial aid. They said French officials in general will be easy-going next year about Britons’ residency status until these new cards become obligatory from July 1, 2021 – and that that final date may also be put off if necessary.

They added that the French will not be heavy-handed if it turns out that some isolated Britons did not apply on time.

“If an elderly person in the Charente, for example, forgets to apply by the deadline, and one day we discover it, they’ll still be able to apply. It’s in our interest to help all those who’ve been living here among us for a long time to get the residency card, and we want to reassure them,” a top ministry official said. “The point of the new system is to make Britons who live here secure in their residency in France.”

We will be publishing a fuller version of this interview in the August edition of The Connexion newspaper (click here to subscribe), however key points told to us include:

Why was French website for Britons' residency cards delayed?

Less time to apply for Britons' residency card for France