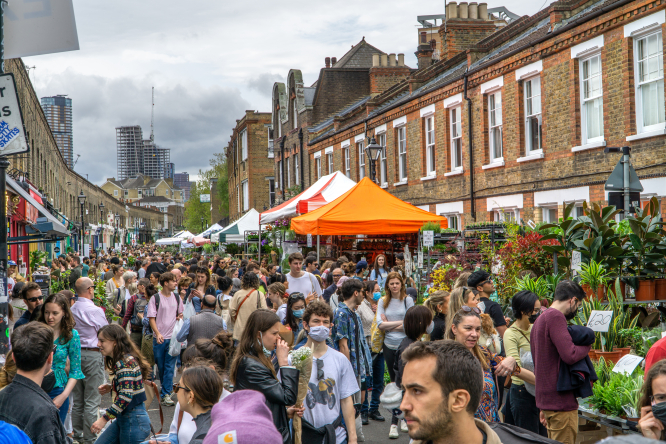 People in the UK have not had to wear a mask in most public spaces since the summer Pic: cktravels.com / Shutterstock

Britain’s high Covid case rates are a result of not taking a prudent approach with obligatory masks in public places and health passes, as France and several other European countries have done, a leading epidemiologist told The Connexion.

Professor Antoine Flahault, director of the Geneva Institute for Global Health, said the UK’s response has resulted in a “heavy toll” of deaths, as well as putting pressure on hospitals.

“By relying solely on their high vaccination coverage and abandoning all other measures on July 19, when the Delta wave was in full swing, the UK authorities failed to break the epidemic curve during summer.”

He said this is “now taking a heavy toll, in terms of suffering, hospital overcrowding and deaths”.

With case numbers still rising and a new mutation of the Delta variant detected, the UK might have to revise its strategy.

Comparing Covid figures for France and the UK, which have roughly the same population, reveals significant differences.

The UK’s average daily number of new cases in the past week is 44,558 according to the New York Times, while France’s is 5,091 according to government-approved site CovidTracker.

France, Spain and Italy have all brought down infection rates to their lowest level since the summer of last year.

Vaccination rates are now comparable, meaning the difference is in more restrictive measures such as obligatory mask-wearing in public places, health passes for access to restaurants and other shared areas, and more home-working.

The UK considered vaccine passports in England but decided against the measure.

A survey in September by Network Rail, which operates UK rail infrastructure, showed only 20% of passengers were wearing masks on trains since they were no longer legally required.

Transport for London (TfL) has also reported more travellers not wearing them, despite face coverings being obligatory on the TfL network.

According to Prof Flahault, France is currently in a better situation to face the winter and has a greater margin before hospitals risk being saturated. The UK needs to take measures quickly to reduce infection figures, he said.

“If not, it risks again having its health system saturated, and one must note that its hospital network is in worse shape than those of its neighbours in continental Europe.”

He added that UK authorities should have, like their French, Italian, Swiss and Danish counterparts, brought in health passes.

He is far from the only expert to hold that view. Many others are calling on UK authorities to reinstate social restrictions and speed up booster vaccinations as infection rates rise.

Professor Chris Whitty, Eng­land’s chief medical officer, is urging people to get vaccinated or have a booster shot, and has recommended mask-wearing in crowded indoor spaces.

Health Secretary Sajid Javid has also asked Britons to get a booster injection and has warned of possible social restrictions as infections rise with the approach of winter. He said new infections could hit 100,000 cases per day.

The UK was faster than other European countries to roll out its vaccination programme. However, many have since caught up with, or exceeded, the UK rate.

Prof Flahault said there are “no elements today that suggest the vaccine has lost its efficacy against serious forms of the virus, even those linked to the Delta variant”.

He said it was impossible to predict whether the UK or France would fare better over the winter months. However, if France continues to “remain prudent, as it has done since the middle of the summer, it could continue to harvest the fruits of its actions”, he said. Britain, he added, needs to act fast.

There are no current signs of stricter French measures for travellers from the UK, despite the country’s higher case levels.

France’s tourism minister has said that health passes might be introduced on ski lifts, partly linked to the rising British cases – the UK being a key market for French ski resorts.