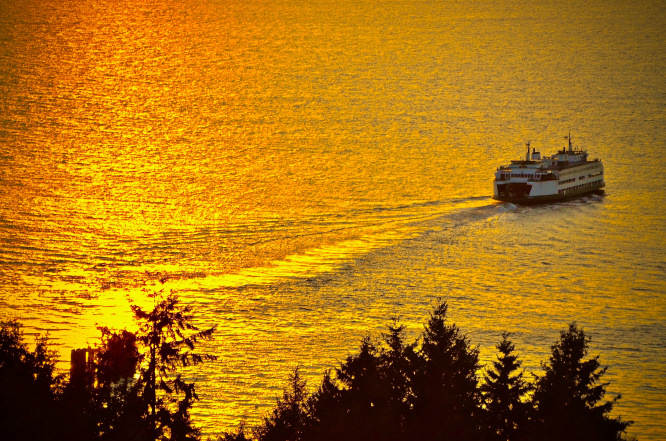 50,000 passengers hit as Brittany Ferries' Channel route is suspended. The situation is being reviewed daily.
By Thomas Brent

The firm said it had been hit hard by quarantine measures imposed by the UK on all arrivals from France, with 35,000 passengers cancelling or delaying plans to sail in the days after the announcement. All ferry passengers must quarantine in the UK – even those only driving through France to take the ship.

The changes also concern Plymouth sailings and have caused concern to many who rely on the firm’s six France-England routes.

They affect around 50,000 existing bookings and follow “extremely weak” demand for autumn – though the firm said demand for next year is “promising”. It has been a tough year with no passenger sailings at all early April to late June, due to confinement and previous quarantine requirements by the UK and France.

Why is Brittany Ferries so affected?

Brittany Ferries – a French company – is particularly vulnerable to disruptions for passengers as its freight business, at only 15%, is less significant than competitors’, managing director Christophe Mathieu said in a statement. He expects the firm to lose €250million in revenue this year.

The firm’s communications head Nigel Wonnacott told Connexion it expected to carry only 200,000 passengers this year, compared to 750,000 in a normal year. He said: “We can only survive with support. We have already secured a €117million loan from French banks, guaranteed by the French government, to carry us through the difficult times ahead.”

He said the company was “reviewing the plans on a daily basis” but it was too early to say if or when full services would resume. “We very much hope this year – albeit a write-off – is an aberration in an otherwise beautiful and successful story.” Mr Wonnacott added: “We haven’t employed the seasonal staff we would for a busy summer. No one is losing their job. We are using the furlough scheme in the UK and chômage partiel in France.”

He said they would automatically book affected customers on to alternative sailings and contact them to offer other options if the revised sailing is not suitable. There will be refunds for cancelled routes.
P&O Ferries declined to comment on how its UK-France passenger services may be affected. DFDS says it is operating a normal schedule.

Briton Janice Newman, 55, who often travels around France in a motorhome with her husband, said: “I’d be lost without Brittany Ferries. I’ve never sailed with anyone else. Let’s hope they can survive.” Reader, Kate, 62, retired from the NHS, often uses the Portsmouth to Saint-Malo route – set to close – to visit her French second home in Vendée. “This gives us a good journey break travelling from east England and then a shorter trip to our home the next day. The return trip was like little mini-cruise and ended our holiday nicely.” Alternative crossings would be longer, she said.

Karen Davies, 60, travels Portsmouth to Caen to visit her second home in Hérault and likes the dog-friendly cabins. She hoped there would be no further cancelled routes. “All alternatives would be difficult,” she said. Liz Walker, from Charente, said: “I feel it’s likely if Brittany Ferries stop routes, they’ll not start again and, along with Brexit, our lives will be forever poorer.”

The director of maritime economics specialists Isemar, Paul Tourret, said the firm had already been suffering as most of its clients are British and pay in pounds (the value of which has dropped), while it pays its salaries in euros. A no-trade deal Brexit in 2021 could also make freight business less profitable. “However Brittany Ferries has a number of advantages compared to competitors,” he said.

Firstly its ships are mostly owned by French local authorities, likely to offer more flexible terms than private investors if it faced serious difficulty. It is tourism based and is coming to the end of its main season, having fewer passengers September to March. It is also well-structured, he said, so able to weather some difficulties and has a faithful clientele, including many second-home owners. Finally the French state could also help the firm, which largely employs French staff, with grants or tax breaks. “If tomorrow, it had to be helped out, a solution would be found.”

How can I obtain free law advice in France?

What are the Brittany Ferries changes?

The ship Armorique will be laid up from August 31 and there will be no Plymouth to Roscoff crossings until another ferry takes on the route on September 10, with three return trips a week. It had been running once or twice a day.

The Portsmouth to Saint-Malo route will end as Bretagne is laid up from Sep­tem­ber 7, until March 2021 at least. The Etretat is still not resuming service, though another ferry, the Connemara, is operating the Cherbourg and Le Havre to Portsmouth routes.