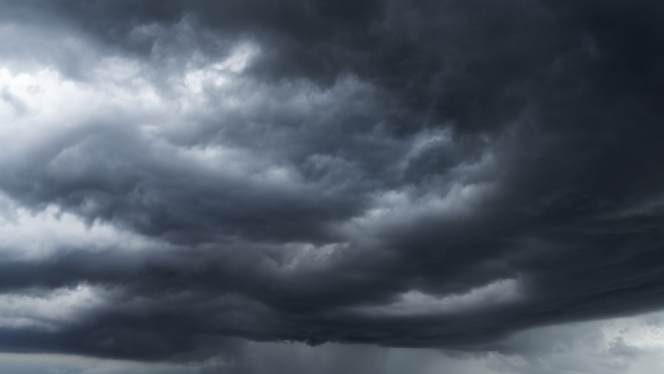 Storms and rain are still expected for 14 departments in France today after the red alert was dropped last night in Brittany Pic: Worradirek / Shutterstock

More than 6,000 homes were without electricity this morning (October 3) after wind of more than 115km/h hit Brittany yesterday. Orange alerts remain in 14 departments for storms, strong wind and rain.

The strongest wind was recorded on île de Groix, followed by 109 km/h recorded at the Pointe du Raz, and gusts of 108 km/h at Belle-Ile and 105 km/h at Ouessant.

Brest and Landivisiau recorded winds of 98 km/h in the afternoon.

The department of Loire-Atlantique was on red alert for storms and heavy rain last night, with orange alerts for surrounding departments in the northwest.

Falling trees causing damage to electricity lines was the main reason for the power cuts.

The electricity network has since confirmed that most homes have now been reconnected this morning.

The most severe alerts have now been dropped for Brittany, but intense rain and wind are still forecast for 14 departments in France today.

Winds could reach up to 119km/h, said Météo France, and rain of up to 350mm is expected in some areas.

The forecaster warned residents to be alert as conditions can change and worsen rapidly, especially in the Mediterranean area, it said.

Storm Alex: Rebuilding goes on one year after valley floods near Nice
Orange flood alert for much of Brittany and the Paris area

13 hours ago
4
Undelivered letters: Why is France’s postal service struggling?