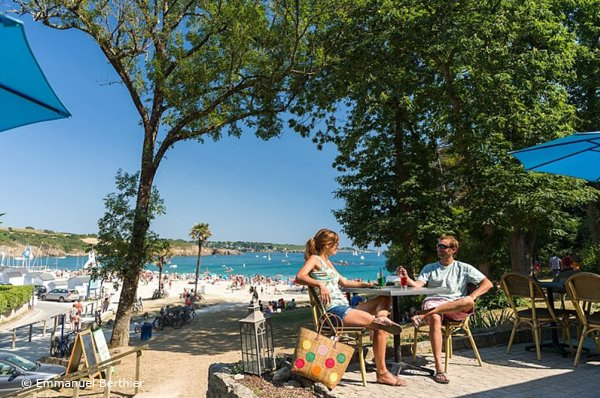 More than 53% of French people went on holiday in July and August this year, down from 71% last year. However, 94% of those people stayed in France, to the benefit of certain parts of the country.

“This is why, for many areas, French visitor numbers, in the heart of the season, are higher than 2019… an increase of more than 10% can be seen in certain destinations between July 1 and mid-August, with a very clear upturn in overnight stays by French customers from the beginning of July,” noted the national tourism federation ADN Tourisme (ADNT).

Nouvelle-Aquitaine was the preferred tourist destination for French holiday-goers, with Brittany a close second. 12% of all French tourists this year went to Brittany, up 2% from last year, an ADNT survey shows, stating that in Normandy and in the southern Alps some outdoor leisure sites said that they have never had so many visitors.

Bretagne Tourisme said that in total, 37% of their visiting holiday-goers this summer went to the French coast, 30% to campsites and 13% to mountain areas.

Due to travel restrictions in place because of the global pandemic caused by coronavirus, the number of foreign summer tourists was significantly lower this year, particularly those from more distant countries.

“If naturally a drop in foreign tourists has been felt, in particular due to the total absence of distant clients (American, Asian, Russian...), we nevertheless note a return, from the beginning of July, of certain local European markets: Belgians, Dutch and Swiss,” ADN Tourisme noted.

Meanwhile, major cities were particularly affected by a drop in tourism. For example, there were 14.3 million fewer tourists in Île-de-France this year compared to last year.

Anne Gallo, president of Bretagne Tourisme, said that the next few months could be more difficult.

“We know that in September and October we usually welcome more retired people, who are more at risk [from coronavirus], so they may avoid travelling,” she told France Info.

ADN Tourisme said that many of the survey respondents said they were worried about the down season.

“Although some territories are seeing positive signs for September, the key word is ‘uncertainty’ due to a lack of clarity regarding bookings.

“The hospitality workers questioned seem doubtful about the rest of the season and remain attentive to the evolution of the health situation which, from one day to the next, gives rise to new measures to which it is necessary to adapt very quickly.”