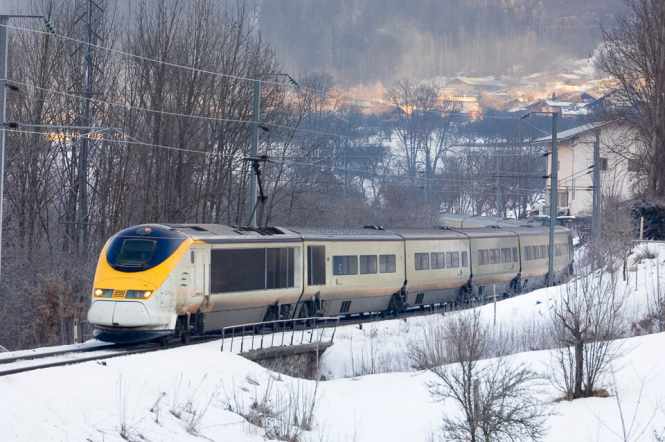 The Eurostar Ski Train usually runs between December and April and takes roughly 24,000 passengers per year directly from London to the Alps
By Thomas Brent

Save The Ski Train is a campaign hoping to persuade Eurostar to restart its train service that provides a direct route from London to the Alps every year.

Eurostar announced this summer it would stop the service as it focused on its main routes and those with the highest demand, in light of route disruptions due to the coronavirus pandemic.

Daniel Elkan, a ski journalist and founder of Snowcarbon, a website that helps skiers find train routes to ski resorts, said cancelling the route did not make sense.

“There was huge demand for the Ski Train...at half-term, it sells out in four hours each year,” he told The Connexion.

He is one of the creators of the Save The Ski Train campaign, along with organisations Protect Our Winters (both the UK and France operations) and Ski Flight Free.

They want Eurostar to resume the service as it is a low-carbon, eco-friendly option for skiers travelling from the UK.

“The Ski Train is a gateway as a train route to the Alps because it is such a no-brainer. If anyone says it’s their first time taking a train to the Alps I’d say take the daytime Ski Train because you will never look back. From there people start to explore indirect journeys as well,” Mr Elkan said.

The Ski Train is a twice-weekly service that usually runs between December and April, taking skiers from London St Pancras to 16 ski resorts around France. Around 24,000 passengers use the service each year.

Research carried out by Anthesis Group, a sustainability consultancy company, suggests that travelling by train from London to the Alps is far more environmentally friendly than by plane.

A statement from Eurostar says, “We unfortunately won’t be running our ski trains during the 2020-21 winter season. It’s been an absolute pleasure to take thousands of travellers direct from St Pancras to the Alps over the years. But in the wake of the coronavirus and a challenging travel market, we’ve had to make some changes to our services, focusing on our main routes with the highest demand.”

The Connexion contacted Eurostar for an update and a spokesperson confirmed that its decision has not changed.

Mr Elkan said that despite the petition it is now unlikely the company will reinstate the service for this year.

But he said that Eurostar needs to start thinking ahead to next year.

“Coronavirus is going to be a challenge for some years to come. If they are going to make a success of the Ski Train in the 2021 season then Eurostar needs to engage with the ski industry and be smarter in the way they market the train,” Mr Elkan said.

“We have offered to work with them to see how more skiers can be encouraged to travel by train, both by direct and indirect services, but we have not heard from them yet.”

Eurostar has confirmed that the cancellation only applies to this year’s ski season and that the company will review its decision next year.