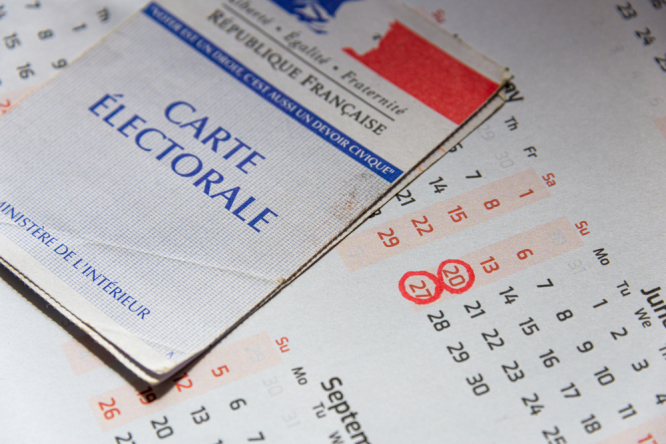 The second and decisive round of voting will take place next Sunday, June 27 Pic: Robert N Brown / Shutterstock

The results are in from the first round of France’s regional elections, with centre-right party Les Républicains winning almost a third of the vote.

The other major winner was the centre-left Parti Socialiste, which picked up a large number of votes in west France.

The far-right Rassemblement National only just secured a single victory in Provence-Alpes-Côte-d’Azur, after being tipped to win in multiple regions.

The winners of the first round in each region

The second and decisive round of voting will take place next Sunday June 27.

One of the most notable points of the election was the high number of voters who abstained.

A national poll* showed that 66.1% of eligible voters did not vote.

Government spokesperson Gabriel Attal said the low turnout was “in part linked to the health situation” making people hesitant to cast their vote and possibly expose themselves to the virus.

“This election has been invisible,” he said. “The candidates were only allowed to start campaigning through public gatherings from June 9, which is a very short length of time.”

The candidate for La France Insoumise in Bobigny, Florent Lacaille-Albiges, agreed: “With all the health measures, we’re in a situation where the debate has withered.”

Those who did go out to cast their vote may also have been discouraged by disorganisation in voting centres.

In Marseille, voting opened late due to lack of staff with some venues not fully operational until 12:30.

In Cousolre (Nord), voting opened but with one of the candidate lists absent from the ticket.

And in the run up to the election many information packs about candidates, which are meant to be sent to all eligible voters, were not distributed.

Interior Minister Gérald Darmanin blamed this on the private firm Adrexo, which was supposed to post the packs in seven regions, accounting for 22 million voters.

Mr Darmanin said that the firm had “particularly poorly distributed electoral materials” after flyers were found dumped in nature and rubbish bins or kept in storage days before the election.

General trend away from political engagement

Local elections regularly have less of a turnout than presidential elections, but this could also have been exacerbated by a growing feeling of disengagement from politics.

The same national poll* suggested that 39% of voters believed that regional elections “wouldn’t change anything in their lives”.

A further 23% wanted to use the election to show “dissatisfaction with politicians in general”.

And 22% did not like “any of the lists or candidates” up for election.

Professor Foucault believes this disengagement may indicate a profound change to the French system is needed.

He said: “The events with the gilets jaunes movement, followed by the national debates showed that we are finished with this cycle of electoral democracy with a model where the electorate can only express themselves by voting.

“This model is no longer enough to keep democracy alive.”

France regional elections this weekend: What powers do regions have?